It was an offhand remark by a mainstream “technology” writer, one who isn’t even worthy of the term “hack,” but he made me stop and think. This observer of the latest gadgetry -- his bailiwick is mobile phones and gaming, but he fancies himself an audio expert -- let slip the observation that high-end audio is becoming “cool” again. We should be so lucky, but what’s so momentous about this revelation is that it came from someone who has been writing off high-end audio equipment for a decade as the sole province (with some justification) of boring “beardy old men.”

You know the sort of critic, beloved of newspaper supplements, consumer tech magazines, and websites with “gadget” or “gizmo” in their names. For this fellow, any headphones or wireless speakers over $99 are “expensive,” yet $700 for a pair of VR goggles that will be obsolete by lunchtime represents “great value.” Whatever his standards for or experience of other consumer electronics, he thinks that hi-fi separates are so last century as to be primitive. And embarrassing. 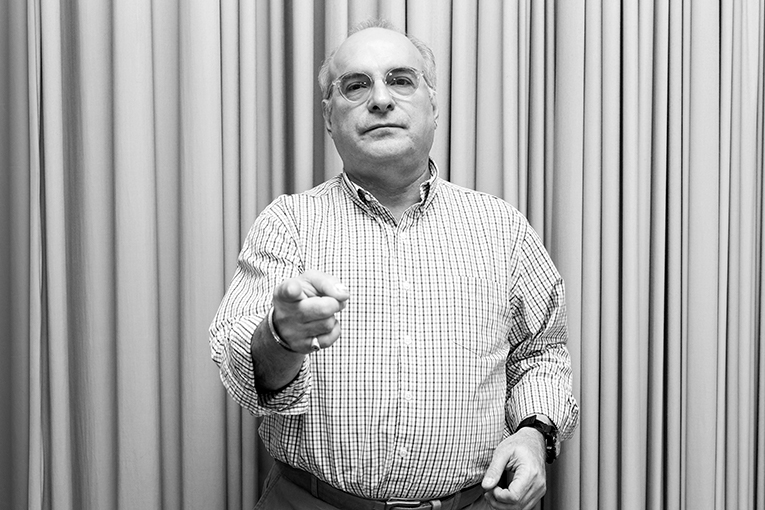 OK, I get that, and I raise my hand in a loud mea culpa, but in my defence, I shaved off my beard just as the hipsters emerged as a 21st-century urban counterculture, I wouldn’t be caught dead in those embarrassing cargo shorts that seem to be required attire at hi-fi shows, and I have other, equally important (to me, at any rate) interests. That said, I’m as comically tragic as any audiophile, simply because I own music-reproducing equipment that costs more than Sonos or Bose.

You might wonder, then, what the hell inspired a commentator from the Dark Side even to muse in print that hi-fi could enjoy a rebirth? Simple: he’s one of the unbelievers who was mildly amused by the vinyl revival, which has been accompanied by the merest upward blip in turntable and cartridge sales, if not a significant upswing in the sales of better amps and speakers. Vinyl gave him and his ilk something to write about, but every article on the subject from these writers drips with sarcasm about the aforementioned beardy types.

I’ve gone on at length about this scribe without naming him because his identity is irrelevant. It’s what he represents that matters, which is that he’s the enemy of serious, high-quality hi-fi equipment. He is of the breed that, for example, took everything that Steve Jobs said about high-quality sound at face value. Relevant to this episode, he’s the sort who swallowed the shameless hype about the Apple iPod Hi-Fi, in which, in one fell swoop, Jobs discredited the entire audio community by declaring separates hi-fi as dead. 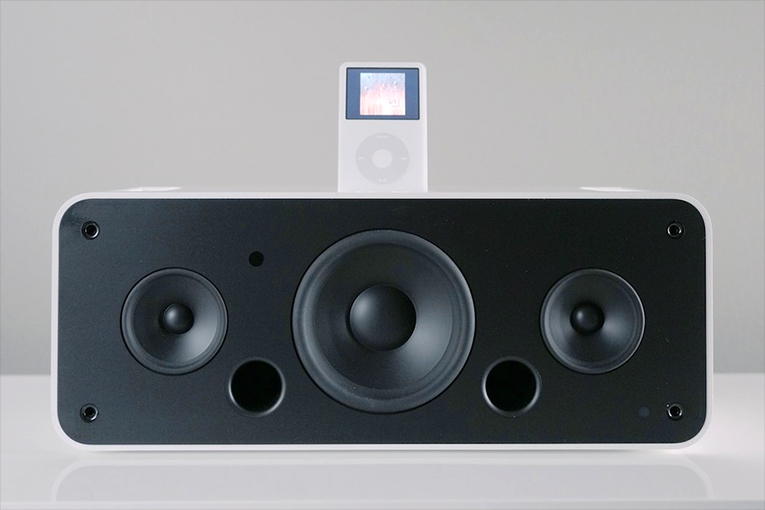 [For those of you who don’t recall Apple iPod Hi-Fi, it was one of Cupertino’s more ignominious failures, if not quite as well-known as the Newton fiasco. A mediocre, overpriced iPod dock, it lasted around 19 months during 2006 to 2007, before being pulled from the stores. It was slaughtered by equivalent products from companies with a track record in audio.]

But back to his optimism and why he might be onto something. It is incumbent -- or should be -- on enthusiasts, manufacturers, retailers, and, yes, writers to step back from time to time to see the “bigger picture.” As an example, we think of $3500 cartridges or $25,000 amps, whether we can afford them or not, as nothing out of the ordinary. We need to keep telling ourselves that non-audiophiles find those prices beyond obscene. It’s a case of familiarity breeding, if not contempt, then acquiescence; e.g., as much as the prices of cables and cartridges offend me, nothing I can say or do will un-ring that particular bell.

When dealing with enthusiasts and the specialist press that serves them -- whether it’s hi-fi, photography, cars, wine, fashion, sport, what-have-you -- one needs to admit that they “sing to the choir” and thus become victims of the echo chamber they created. As for the tunnel vision of an audiophile’s viewpoint, because we are inundated with news of, seek out information about, invest in, and spend countless hours enjoying hi-fi, too many of us are unaware that we occupy the tiniest bubble in all of commerce.

Well, maybe not the tiniest -- I’m sure that there are industries smaller than high-end audio, such as pince-nez frames manufacturers -- but there is no reason for us to try to beat ourselves up over the greater public’s utter antipathy toward hi-fi. High-end audio is (for what -- 99.9999 percent of the world’s population?) less relevant than the latest kitchen gadget that will be used once, and less meaningful than a minor app from a fast-food joint or a new mobile phone case.

Why the irony kills us is because music permeates every culture on earth bar those commanded by ISIS. From Copenhagen to Calcutta, Kyoto to Kamchatka, there are billions of people who love music. Why is it so few are willing to invest in an even greater experience?

Said columnist merely said a half-dozen words about hi-fi being cool again. But amongst which music-consuming segment of society? Students can't afford the stuff, hipsters care only about obscure coffee and beard-grooming unguents, ad nauseam, and we’ve lost the seriously wealthy to cars, wine, mansions, watches, and other rivals for their disposable income. 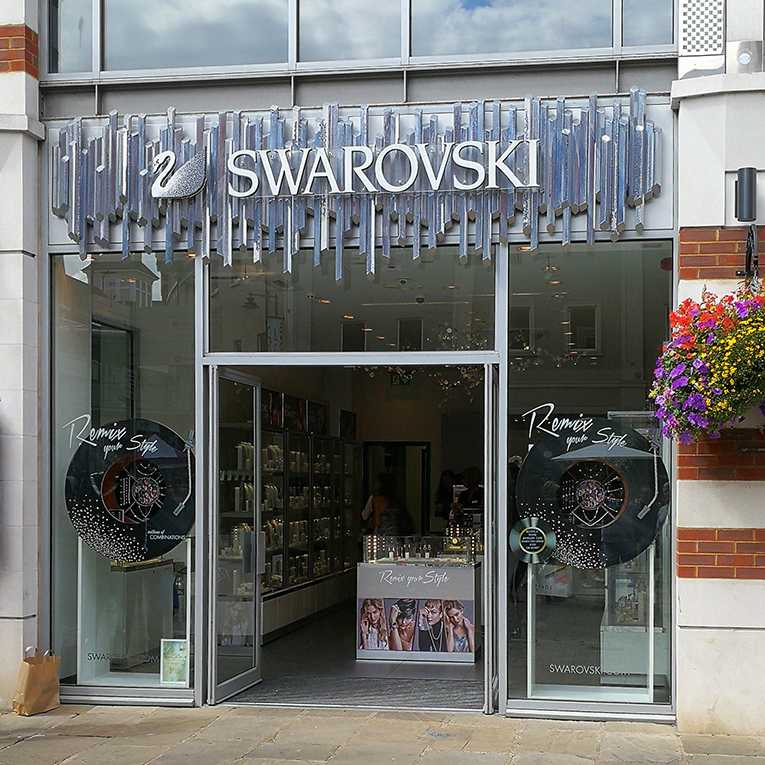 As I was musing about this, before putting thoughts to word processor, I popped into town to run some errands. There, in the middle of a shopping plaza, was the Swarovski shop, purveyor of lovely crystal objets, from paperweights to earrings to pens. Though the store sells absolutely nothing to do with music or hi-fi, its windows on either side of the door were decorated with massive images of overhead views of turntables, each one three feet across. 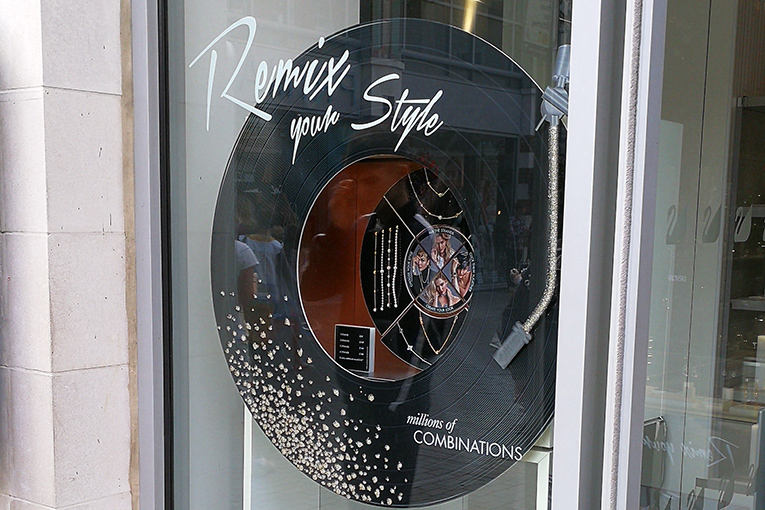 So if our tech guru is right and hi-fi is about to be cool again, then the demographic that thinks so will be one we haven’t even thought of yet. Because if we had, then it would be a hi-fi shop next door to Swarovski instead of a rip-off coffee joint. Alas, until hi-fi is chillin’ once more, the rents in that shopping precinct are beyond any that could be managed by a high-end audio retailer.