It is with no joy that I exploit the opportunity to use those dreaded words “I told you so.” As I feared last month, CES 2018 was as grim, as dire, as soul-destroying, as joy-robbing an event as any I have attended that wasn’t a funeral, a prostate exam, or a dinner in a loud restaurant. What’s so utterly depressing about it is my sympathy for the 50 or so high-end stalwarts who did appear.

Richard Vandersteen, Pro-Ject’s Heinz Lichtenegger, the guys at AudioQuest, the Nagra team, Garth Leerer, Luke Manley, and enough of their fellow exhibitors presented sufficient new product to justify show reports for those of us who attended. But they barely filled one floor at the Venetian. Veterans recalled when the biggest problem with CES was finding enough time to cover it all. I was spinning my wheels after one day. And I still had time for lunch and a nap. 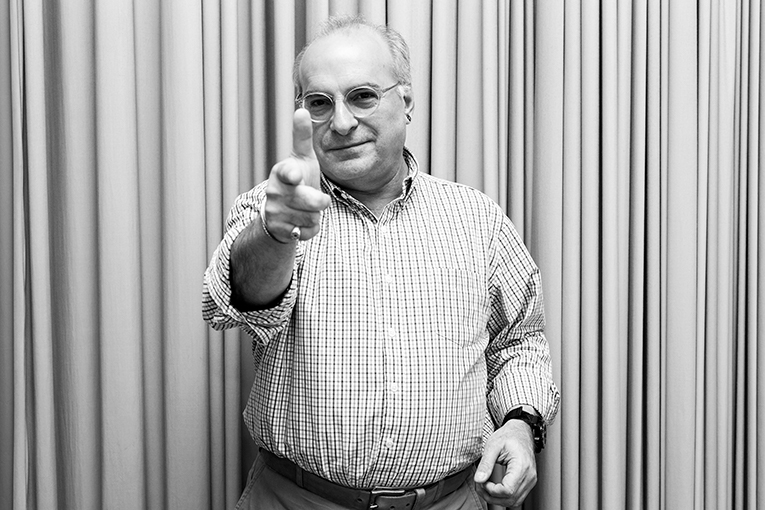 I’m writing this two weeks after the event. I was too filled with dismay to write about it as it happened. Just look at what CES has become -- a repository of transitory junk: roll-up TV screens; drones; voice-activated gadgets; drones; appliances that talk to each other; drones; nascent robots that will one day kill off humans, or destroy their jobs at the very least; drones; and more cheesy, crappy, unlistenable headphones than even Tokyo’s BIC megastore could keep in stock. Oh, and did I mention drones?

When I was a fervent SF reader, I avoided dystopian novels despite a penchant for Philip K. Dick’s works. Dystopia is closer than I feared. All I could see when I looked around was unlimited fodder for the landfill. At a time when the UK, for one, is freaking out about plastic straws and cups and Starbucks’ role in the decline of civilization, here were many thousands of toys -- and there is no more apt a term to describe a roll-up TV than “toy” -- being hawked as “must-have” purchases for the sort of pitiable ADD sufferers who have kept the consumer electronic industry busy for the last half-century.

To paraphrase Wordsworth, “Peter Walker, thou shouldst be living at this hour!” Here was someone who could design a speaker or an amp with a lifespan measured in decades. Whatever happened to manufacturing products with a shelf-life longer than a TV season? CES has become a celebration of mediocrity and pending obsolescence disguised as innovation. But as with the electric carving knife, nobody asks: do we really need this swill?

All I know is that there are signs of what the British call “the bleeding obvious” being ignored by the very people who should be reading those dystopian works. When will some geek (or terrorist) with a drone take down an Airbus? What part of “easily hacked” escapes the idiots who want us to bank online? How long before tap-and-go cash cards turn into an epidemic of cloning? Bring back hand-written cheques, say I, and no, I don't want my microwave talking to my fridge.

But back to why I spent the equivalent of three mortgage payments to attend the show. Aside from the personal element, that of seeing friends in the industry and outside of it, there were moments of high-end bliss. And I do like to play the slots. 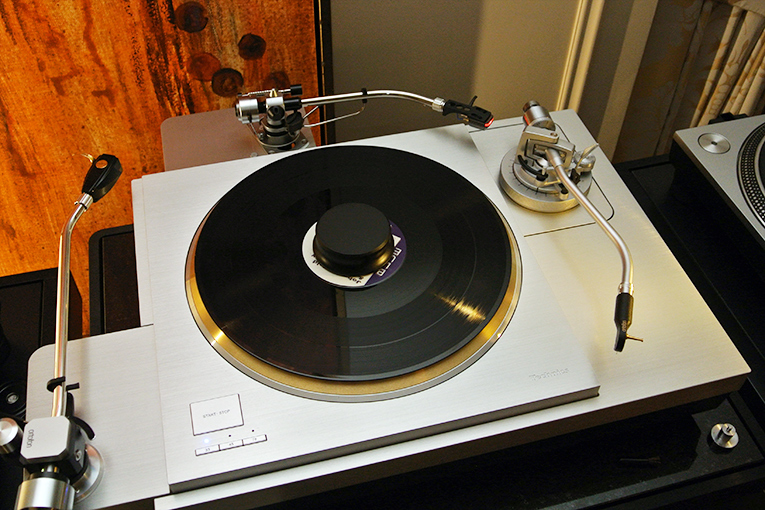 Stars of the Venetian included demos of the fully functioning Technics SP-10R/SL-1000R, the reborn reference-level direct-drive deck which even had hard-to-please analogue maven Mikey Fremer waxing lyrical. I had followed this to at least three shows and it was a privilege to hear it in all of its back-to-the-future glory. The return of the badass Technics direct-drive is a comeback worthy of Vegas. I know people who swear by the SP-10/SL-1000, including one hardcore audiophile who’s owned Mks I, II, and III. This is one fine machine. 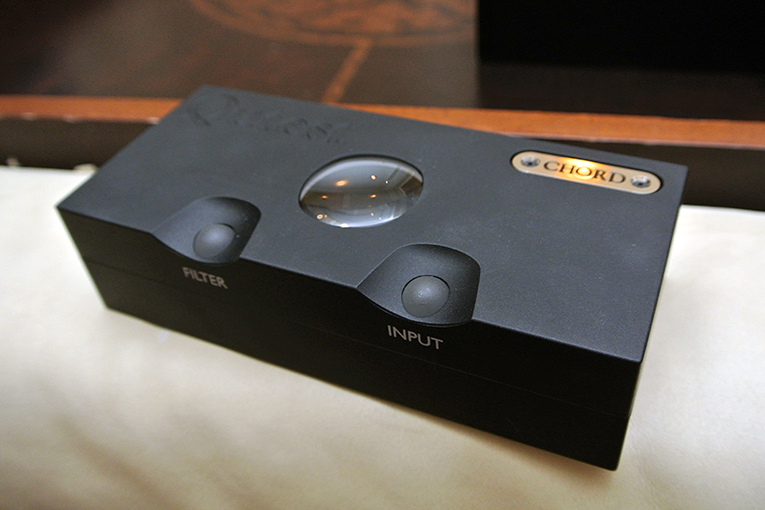 I loved the new equipment racks made for the Nagra components. DA Audio showed the coolest stylus cleaner imaginable, the ST-50, using the same principle as Silly Putty. Chord arrived with the Qutest DAC, basically a “Hugo Lite,” and it’s truly superb. Audio-Technica showed a prototype turntable, and Elac displayed an early version of its second record deck in its return to vinyl, the Miracord 50H. 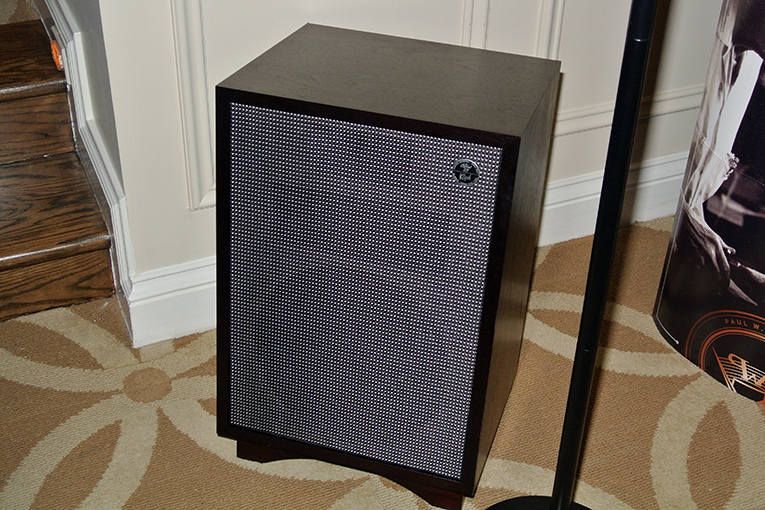 Audio Alchemy restyled its components in sleek new slimline cases, their phono stage allowing you to match the cartridge to anally retentive levels. Klipsch rediscovered its past and even had the Heresy at the show. Audeze delivered the first pair of in-ear cans that I would actually want to use, the LCDi4, and the more affordable iSine LX. 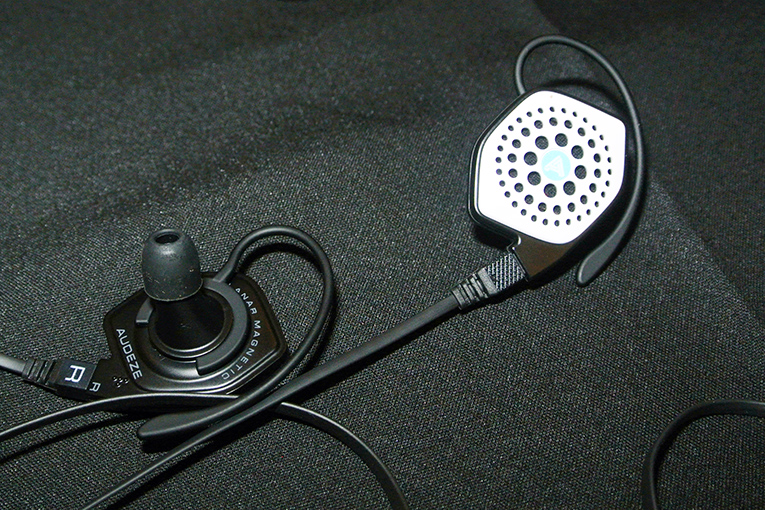 If one made the effort, there was a reasonable amount to see. But “reasonable” isn’t good enough. As the world’s largest, most sophisticated market for high-end audio, the USA should host its premier trade event. This, however, is naïve, wishful thinking, and the clock will not turn back to a time when decent sound mattered as much as voice-activated deep-fryers.

Roll on, May, and Munich’s High End. For four days a year, at least, we’re able to pretend that music matters.