If you were around as a sentient adult audiophile during any time between circa 1970 and circa 1990, and you bought into tube equipment, you were probably one nervous wreck. I know I was: I had started using and ultimately collecting tube gear around 1975, and every snap, crackle, or pop made me wonder if I could find new or even old-stock replacement tubes should any fail.

While I can speak only for the UK, I am pretty certain that, during the above decades, the situation was a global concern; the tube-amp revival was, after all, an international trend, from Tokyo to Tallahassee, Milan to Montreal. When undertaking research for my latest book, I confirmed that tube supplies during those years truly were hit-or-miss, with failure rates in tube shipments of up to 50% among the only available supplies: Russian- and (slightly later) Chinese-made glassware. 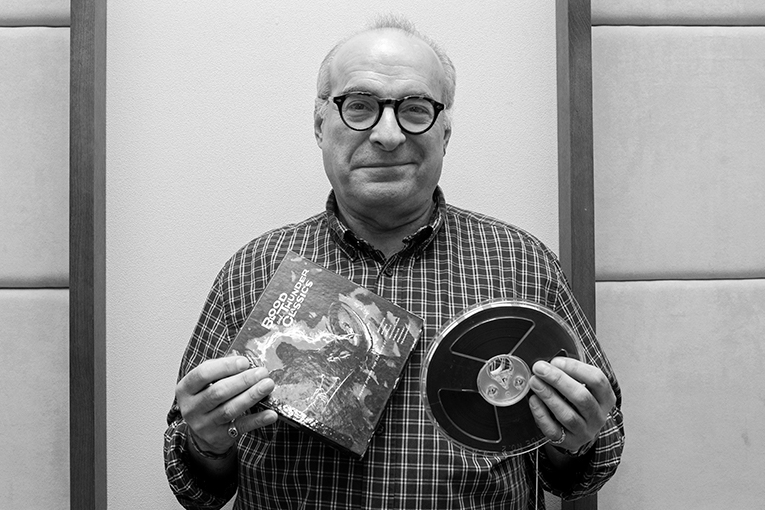 We still had suppliers of valves in the USA and the UK selling almost entirely leftover stock from all manner of brands. In many cases, the boxes would bear the name of the wholesaler, like that life-saver Pinnacle, while the tubes might be anonymous. Although the main suppliers to amp manufacturers, Russian and Chinese audio tubes (as opposed to military types) were not quite up and running to industrial levels. Concurrently, US, German, and British tube manufacturing had ceased. Present during the death throes, I was lucky to visit, as a journalist, the M-OV’s (Marconi-Osram Valve Company) factory in Brook Green Works, Hammersmith, London, just before it closed for good in 1988.

Ultimately, though, the valve comeback surprised everyone. In 2021, tube supplies are no longer an issue, and the dark years of dodgy valves from China are pretty much over. Indeed, the standards for many tubes today are as high, if not higher, than they were when tubes were the sole electronic device prior to transistors. Just look closely at today’s best 300Bs, 6550s and KT88s; the more recent KT90s, KT120s, and KT150s; or the smaller input tubes such as ECC88s from the specialists. Tube-o-philes have, indeed, been blessed.

If you now substitute “LPs,” “vinyl,” or “records” for every mention of valves or tubes above, it’s the same state of blessed rescue, but with an even greater, more successful rebirth because the appeal of LPs is broader than that of tube electronics. Whatever the numbers, though, the point here is that not once but twice the hi-fi industry responded to resurrections of dead or near-dead technology, and the music biz revived a deceased format. As one who witnessed the decline and rebirth of both, I remain stunned. 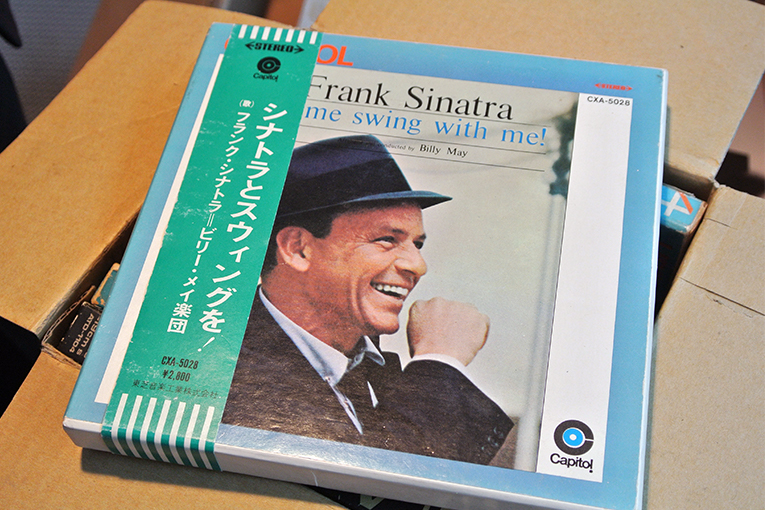 I don’t expect the same for cassettes or open-reel tape, but oddly enough, a cottage industry has emerged to serve what will categorically be far smaller cults. No, I do not see many new open-reel decks being manufactured beyond extreme examples such as the Ballfinger from Germany. As for cassette decks, they never disappeared entirely, but I expect TASCAM is scratching its head over any unexpected boost in sales for its rather fine 202mkVII dual cassette deck with USB output.

Reel-to-reel, on the other hand, maintained a certain amount of technical support since the last machines from Otari rolled off the assembly line a decade ago. You can still find spares for the most popular machines, especially Studer and ReVox. To play on them, Dave Denyer at thereeltoreelrambler.com has amassed a list of over 40 companies around the globe producing pre-recorded tapes, from the estimable Tape Project, Foné, STS, Analogue Productions, Opus 3, and others who have been at it for years, to newly emergent houses like Chasing the Dragon.

As for blank tape, France’s Recording the Masters (RTM) has a range based on the proven AGFA/BASF tape formulas. In the USA, ATR offers blank tape, with roots in the legendary Ampex. There are one or two more, but I am blasé about blank tape because I don’t make recordings. Instead, I have amassed nearly 1800 commercial, US-label, 7″ pre-recorded tapes from the 1950s to the early 1980s by slavishly following eBay. As prices have more than tripled over the past two years, I will make do with what I have and no longer even look for them. By the way, eBay is also a great source for stuff like head demagnetizers, splicing tape, and other necessities for both cassette and reel-to-reel users. 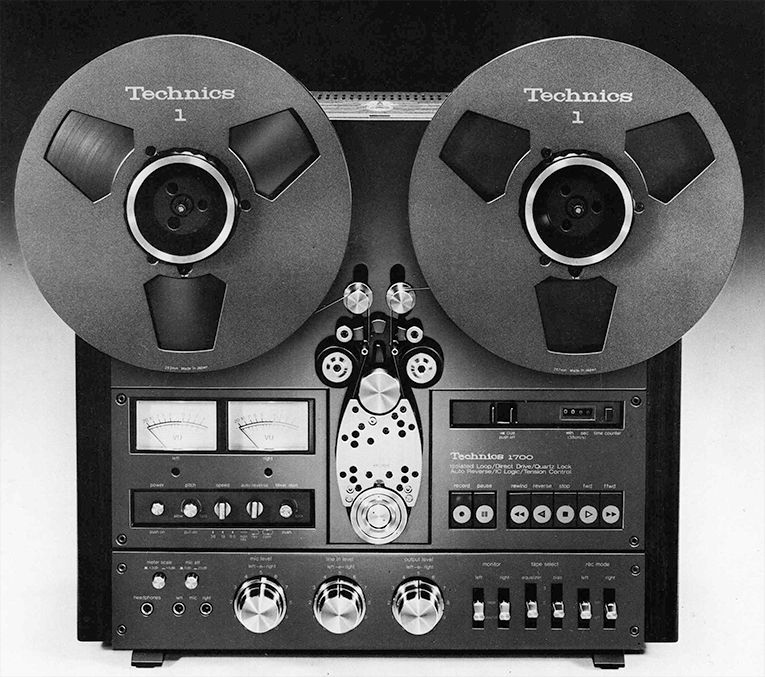 In addition to companies servicing and hot-rodding decks like the coveted Technics RS-1500/RS-1700 and certain TEACs, and—especially in Europe—Studers and ReVoxes, there are glimmers of support which I certainly didn’t expect. Among them are makers of new 10″ reels, which I was driven to try, as plastic reels at that size lack precision. Thus there is no need to buy the cheesy fake spools coming out of Russia to update your ReVox.

Feinwerktecknik, based in Germany, makes the fabulous reels for STS and others, while Darklab Magnetics produces nice ReVox-pattern NAB hub spools. I’m not machine-brand-obsessed about the reels themselves (even though my TEACs have TEAC spools and my Pioneer’s take-up is its matching reel), but I am enamoured of the luxurious carbon-fiber spools from RX Reels. 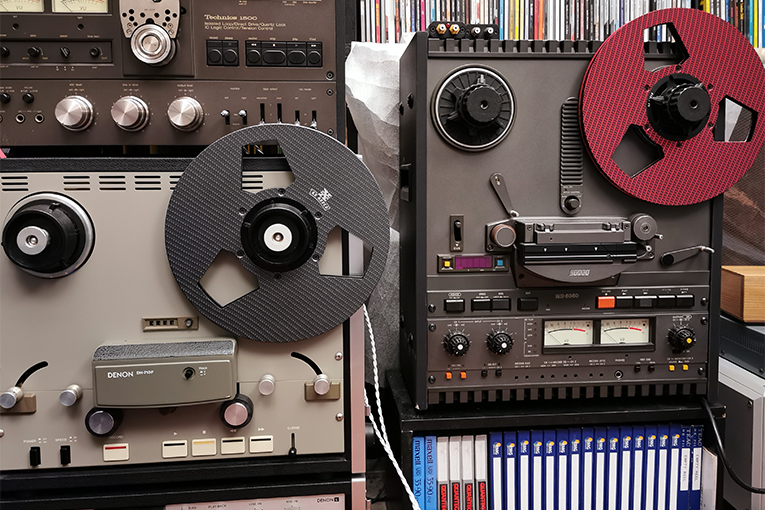 Apart from being made in the USA, which appeals to me as an ex-pat Yank, the RX reels are among the mechanically best I’ve ever seen. When you remove them from the box, you sense the flatness, the precision, and—lo and behold!—in use they provide the most even take-up I’ve experienced, but I have no idea why. Surely the tape handling is a by-product of the machine’s behaviour?

Whatever the case, I tried them on Denon, Otari, and Technics decks, for both fast spooling and real-time playback. In every case, the tape spooled to the same flat perfection you usually only see when you open up a factory-fresh blank tape. This is particularly reassuring with irreplaceable tapes. I have only a handful of the new wave of pre-recorded tapes, but they cost a bundle and I do not want to threaten the welfare of my precious Opus 3, Foné, Chasing the Dragon, or STS tapes. 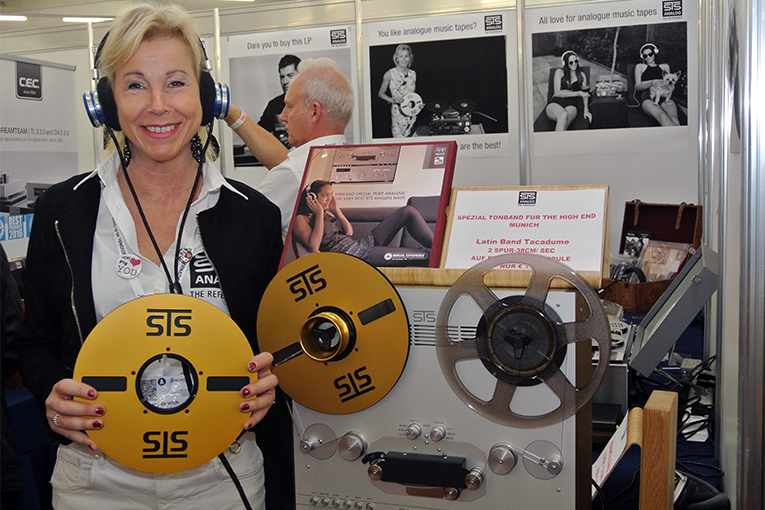 Another detail in the RX construction which will matter only if you’re either a tape op in a studio or a fetishist like me who might play 15 tapes a day, is the grippy surface of the hub. Says Denyer, who has experience with more spool types than I do, “This makes the task of threading a tape so much easier. Worth it for that alone.” I concur.

Embarrassing as this may be, we mustn’t forget the single biggest appeal of open-reel decks: nothing looks cooler than those 10″ spools rotating on your deck of choice. Nothing did more to make hi-fi sexy than Uma Thurman operating that TEAC in Tarantino’s classic, Pulp Fiction. Can you imagine that scene with her and John Travolta with a streamer? I think not. 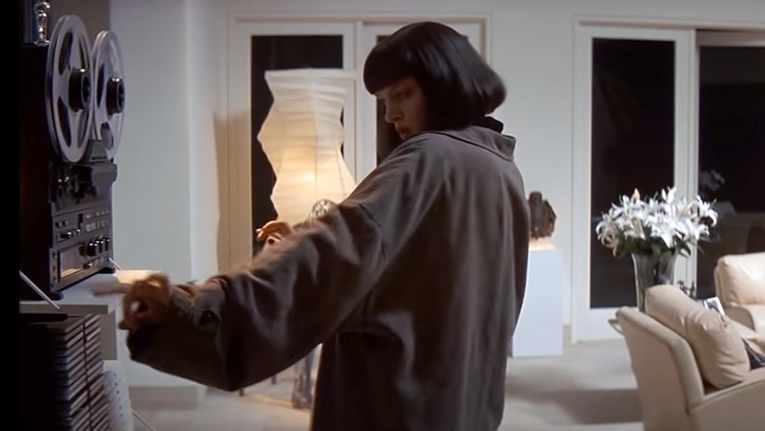 These aftermarket spools look the business, far nicer than the thin aluminium reels which came with branded blank tape. What RX offers is a choice of colours and “finishes” including red or charcoal carbon fiber, wood-look in either birds-eye maple or Brazilian rosewood, and black vein or black-and-gold vein marble.

I never thought I would succumb to bling elements in audio, but there’s no guilt here because the RX spools deliver on performance as well as looks. My only plea is this: RX, if you’re listening, PLEASE make 7″ spools, too!