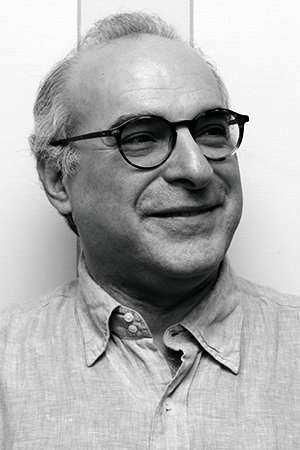 As inescapable as are the changes wrought by "progress" and the mere passage of time, one small, semi-annual event serves as a restorative for aging audiophiles who somehow feel adrift in an era of streaming and downloads and earbuds. Of course, once the crusties are gone, it remains to be seen if today's 20-to-40-year-olds will carry on our reverence for vintage equipment, physical music carriers, and the like. But I was pleased to see at the February Audiojumble a smattering of eager visitors who weren't even alive when the CD first appeared.

John Howes (like me) is an old-school audiophile with a passion for the industry's history. His particular specialty is horn-loaded speakers -- his collection is said to be one of the world's biggest -- with accompanying interest in old British makes, valve electronics, and things like rare consoles. In fact, at this month's event, he showed me photos of a console he'd just acquired, filled with the finest Fisher could offer 50 years ago.

As proactive as any collector can be, John has organized the Audiojumble in Tonbridge, Kent, UK, for 20 years. His background includes retail and equipment repair, so he's ideally placed to run an event that attracts at least 100 stallholders and a few thousand enthusiasts. It has been so successful that John now holds it twice a year, in February and October, at the same venue: a sports hall next to a supermarket. Which is perfect: plenty of parking and easy loading and unloading.

So rich are the finds, so varied the offerings, and so large is the affair that it attracts dealers and customers from the Continent, as well as a notable presence of serious collectors from the Far East. I saw, for example, a forbiddingly solemn Japanese collector purchasing an ultra-rare Ortofon tonearm from my old friend Sergio Marullo, an Italian dealer in used LPs and hardware. I could hear lots of French and Italian, while one table is regularly booked by a Polish/Russian duo who also bring along Russian watches and old cameras. (I couldn't resist a Komandirskie diver's watch from them.) 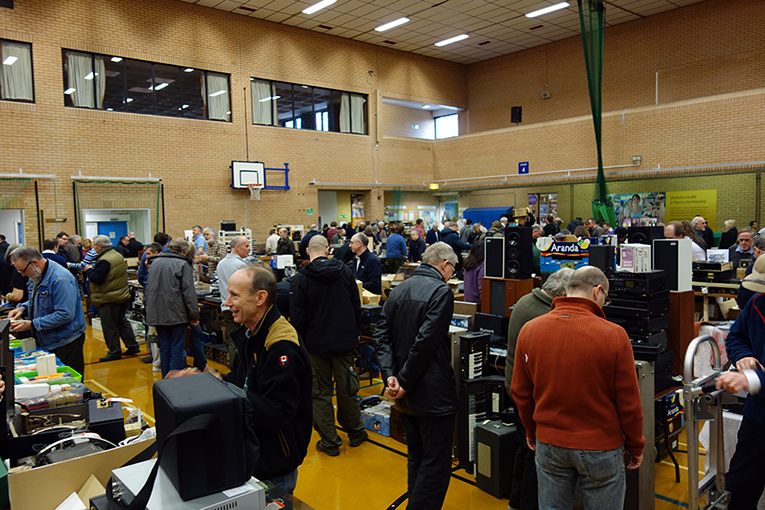 But back to the feel-good factor: although our ages are creeping up, and all too often we hear of the passing of a stallholder or two, it is a social event where the denizens of the vintage audio underground meet to swap tall tales, gloat about finds, and generally bitch about things. It is the definitive gathering of "grumpy old men," and it's about as life-reaffirming as hi-fi ever gets.

Dealer Gary Wood rushes up in the parking lot: "Ken, I found a pair of unused KEF B110 woofers! In their original boxes!" To anyone not part of the audio community, this would merit a "So what?" Given that the most sought-after components at every John Howes Audiojumble are BBC LS3/5As, which use those woofers, any regular attendee would respond with awe. 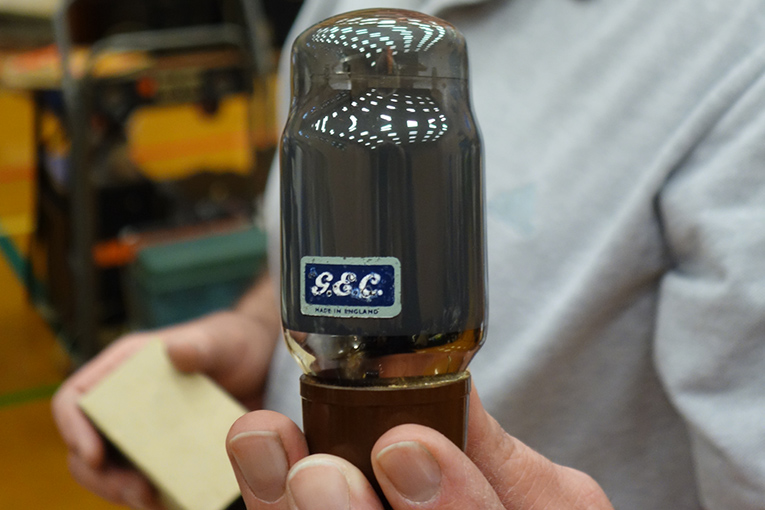 Gary's good fortune was enhanced by happening upon an old TV/radio repair shop. The old gent asked him if he was interested in buying "old bits." Gary said yes, and earned for his efforts a stash of treasures: once inside, Gary appeared brandishing a pair of G.E.C. KT66 tubes -- unused, in the boxes. And that's how it usually works.

As an example, one of my best friends wandered into a junk shop in Canterbury. He found a pair of Tannoy Reds in as-new condition, for £60. Double it, add a zero, and you've calculated their true worth. He sold them at one of the Audiojumbles. He also found the last of the built-like-a-battleship, semi-pro Sony cassette decks, unused and in a box, for £10 in a charity shop. 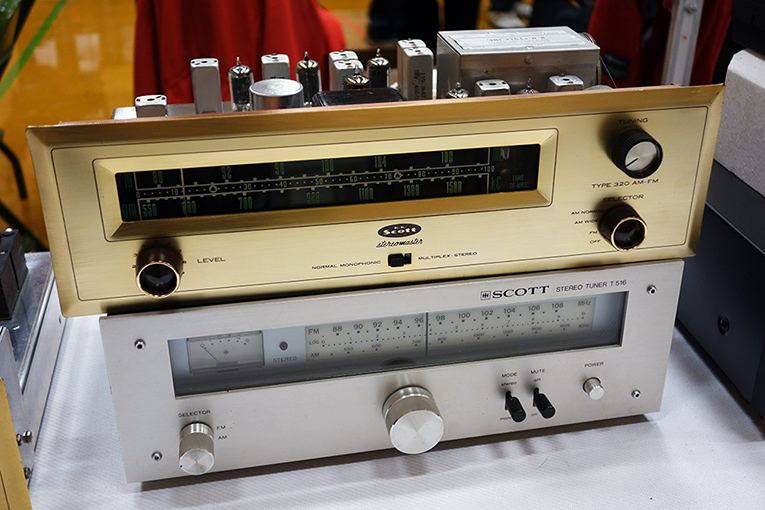 Surprises abound at a fair one would expect to be rich only in UK hardware. Not so. Every event turns up the pre-1975 stuff that Americans take for granted but which you hardly ever see in Great Britain. At the latest fair, I saw a Dynaco SCA35 integrated amp, a Phase Linear pre/power combination, a Marantz 10B tuner, a couple of identical Fisher valve tuners (on the same table), and some old tube Scott gear in perfect condition. I also saw a pair of Sonab speakers and what looked like a rare Perpetuum Ebner turntable, so Euro-curios can be found, too.

Prices are always realistic, and it's the best way to find out the current value of "the usual suspects." These include -- at every fair -- plenty of Leak, Rogers, and Quad tube electronics, Garrard turntables, KEF and Tannoy speakers, Revox open-reel decks, and the like. Conversely, at every fair, the first things to sell are the aforementioned LS3/5As, choice items from Nagra, and anything from Radford. 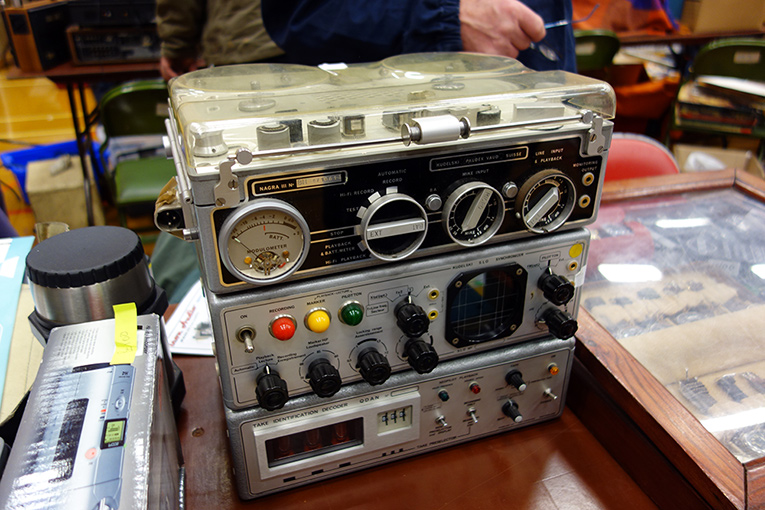 Because of the way the fair is structured, with a slightly higher entry fee to get in from 9 a.m., there's a feeding frenzy as soon as the door opens. Stallholders can enter at 8:15 a.m., and the stall-to-stall deals are fast and furious. I've seen some stallholders sell enough to justify the entire endeavour in the first few minutes. 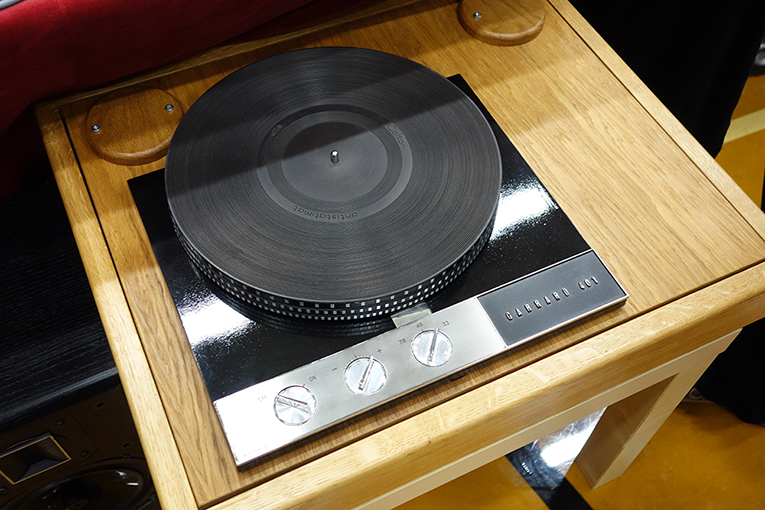 There are certain products that emerge in quantity at the fair. Every event seems to have a different component in overabundance, and no one knows why. The latest fair was overflowing with Garrard 301s and 401s in various states of condition, everywhere you looked, from ex-broadcast refugees to mint-and-boxed examples fine enough to make a Japanese or Korean enthusiast burst into tears. And one learns to buy on the spot or regret it, as there is no way of predicting whether a similar number of 301s and 401s will be offered at the next event. In October, the fair might be overrun with Rogers speakers or Connoisseur turntables or SME tonearms. You just never know what will arrive.

Because of the so-called vinyl revival, the younger attendees were buying up affordable turntables and lots of vinyl. I bumped into one twenty-something overjoyed with the find of an absolutely mint copy of the Beatles’ With the Beatles on EMI black label for half of its typical eBay price, but so clean that I couldn't believe what I was seeing -- a perfect record despite a tatty sleeve. He was also a Neil Young fanatic, and his tastes preceded Young's flirtation with Pearl Jam, so maybe there is hope.

I have no idea whatsoever if there are other Audiojumble sales around the globe as professionally organized or as rich in goodies as this one. But I'd rather miss all of the other "normal" hi-fi shows in the world than skip a single Tonbridge Audiojumble. C'mon, admit it: it must be something special if French and Italian enthusiasts will drive for 10 to 15 hours to look at old hi-fi equipment in a sports hall behind a supermarket in a semi-remote part of Kent.

Surely the only thing better than this is stumbling across a Marantz Model 7 for $20 in a lawn sale in rural America. But that experience won't be enhanced by a few hundred familiar old farts remembering what it was like “back in the day . . .”