What Happens When There's No Inflation

Whenever people ask about why the hi-fi industry is in trouble, they usually cite stuff like changes in listening habits, such as headphones or streaming. A more powerful case is put forward for other leisure alternatives for disposable income, especially gaming. If budding audiophiles 30 to 40 years ago bought their first systems as teenagers, then it doesn't take much to look at today's equivalent who'd rather have a slick phone and a PlayStation or Xbox.

Then there are the sillier reasons, like house-proud wives who refuse to allow audio equipment into the living room. Lastly, there are the obscene prices of high-end components, especially cables, but that's a matter for another column. 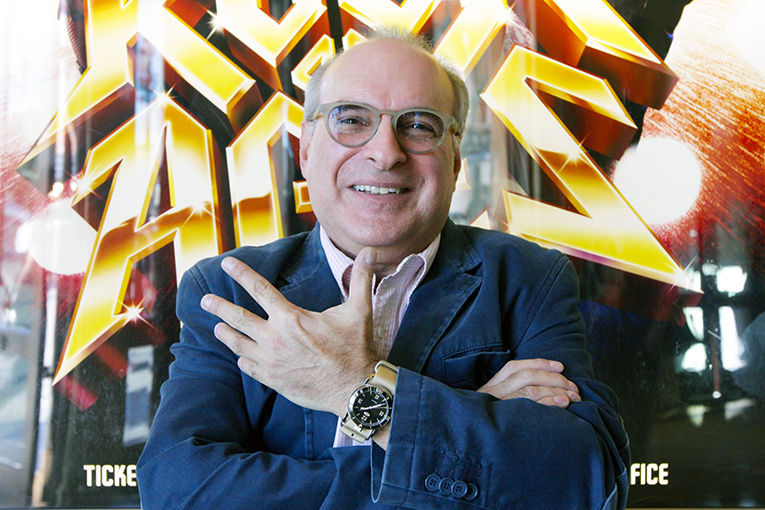 Yes, all of these have a bearing on the demise of hi-fi, and all are valid. But one insidious development has harmed the financial health of the entire industry, a reality that the industry has not been able to adapt to in the manner that the computer biz has. That's because the computer industry is huge and healthy, and can adjust its business models if needed. The crippler for hi-fi? Prices are now too low at the entry level to be viable. Here's what I mean:

When I bought my first serious notebook computer in 1990, it cost £1200, equivalent to £2800 in today's money. That computer has less functionality than a cheap, "non-smart" modern cell phone. Its storage was in megabytes. In 2015, £2800 will buy two loaded MacBook Pros.

Same with storage: my first hard drive cost a few hundred pounds and was measured in megabytes. Now a 64GB USB stick costs under £10. This works because of the scale of the quantities in production, unit sales, and other considerations.

Hi-fi as an industry has not benefitted from deflation in the same way, though the consumer has. During the most turbulent, profitable, nay -- healthy -- period in entry-level hi-fi, from the late 1970s to the mid-1980s, the UK had a situation unique in the world. Retail chain Hi-Fi Markets (abetted by the UK press) established as the definitive budget system a package consisting of the NAD 3020, a Dual turntable, and small speakers from KEF, Celestion, Wharfedale, et al, for a price of £259 to £299. Including 15 percent tax! 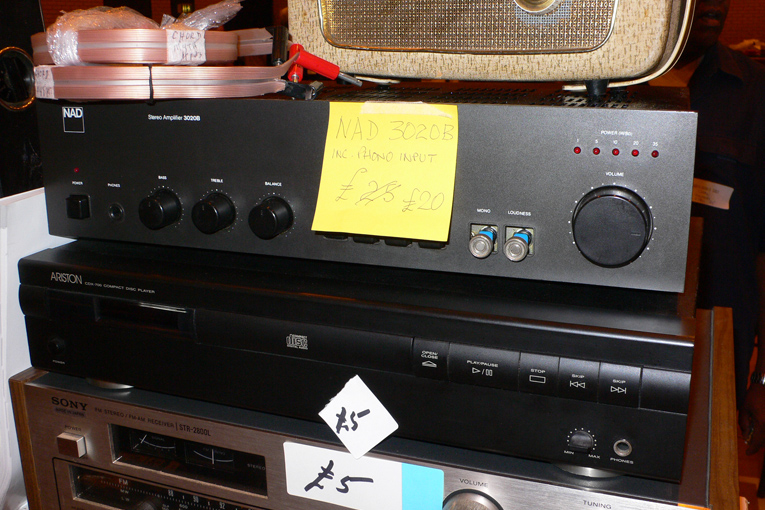 Naturally, sales were enormous, and for the better part of a decade, nearly every beginner in Great Britain at least considered the package, while it is believed a few hundred thousand actually followed that path, the only variation being the choice of speakers. What also didn't change was the total system price.

As a result, every brand from Tannoy and Mission to Monitor Audio had to come up with a two-way speaker for £99 per pair if they wanted in on the action. The NAD and the Dual were immutable. And the system sounded OK if you could live with the NAD 3020's mushy top-end and utter lack of guts.

Turn the clock ahead to 2015. Recently, I was assembling affordable components for an article in a mainstream magazine on how to put together the modern equivalent of that 1970s classic setup. To put it into perspective, the current model, called the NAD D 3020, is £399, while the less-expensive NAD integrated (which is more like the old 3020) costs £299. 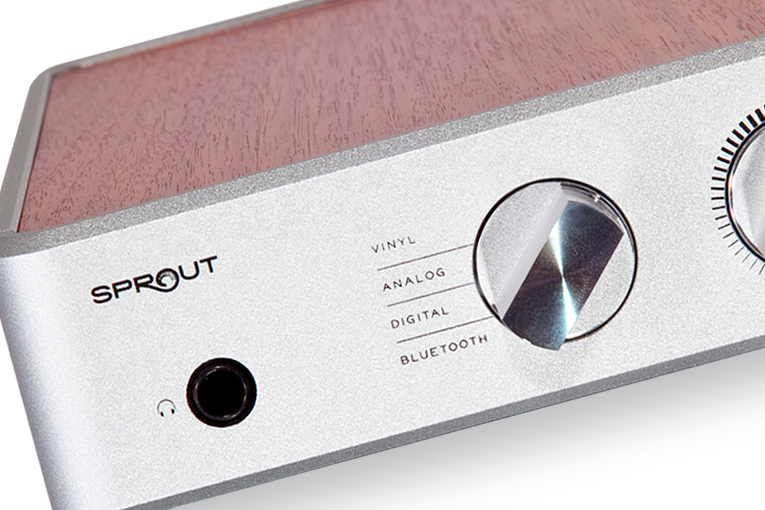 It was clear to me from the outset -- or so I thought -- that I should create the system from modern options (e.g., PS Audio Sprout, Pro-Ject turntable, small two-way speakers) but using current values. After averaging three sets of results from the web's currency-calculating sites, which include wage increases, tax changes, inflation, and a handful of other determinants about disposable income, I discovered that the equivalent expenditure would be £1300 to £1500. Fair enough -- sounded reasonable after 35 years. 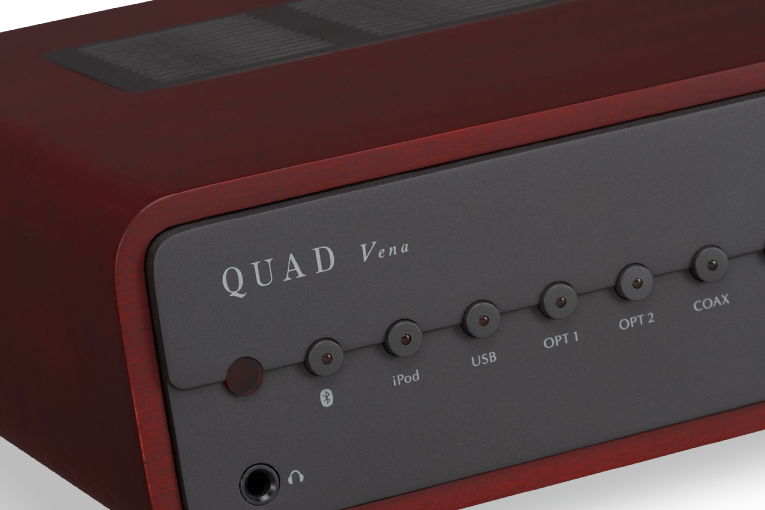 All went well in picking a couple of speakers, a couple of amps, and assorted sources both analog and digital. Quad's Vena, the aforementioned Sprout, KEF's LS50 -- you get the drift. And it was doable, too, because you can now find CD players for £29, and there was the assumption that most readers of the magazine own computers and use streaming.

But then I was shocked to find that it is possible to buy today an entry-level system of source/integrated amp/bookshelf speakers for £299. Terrifyingly, £299 in 2015 money is equal to £70 in 1980 -- so the actual system has deflated by over two-thirds! And today's tax is 20 percent! 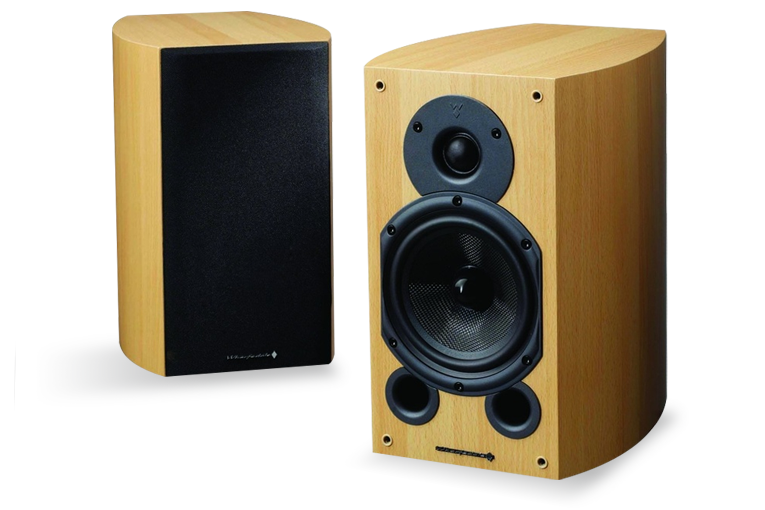 Amazon (in the UK) shows Wharfedale Diamond 9.1s for £99 and a Denon turntable for £119, while CD players cost next to nothing: you can play CDs in a Blu-ray player, and Sony, LG, and Samsung showed models for under £50. Amps? £99.95 will get you a Cambridge Topaz AM5 from Richer Sounds. Buy that, plus the Wharfedale Diamonds and a Sony Blu-ray player, and you're under £259 for a CD-based entry-level system from quality brands.

You can even stay under £299 if you buy some OK cables and a pair of stands. Those two items were the only profit elements for the retailers back in 1980, because the NAD/Dual/whatever speaker system was always discounted by idiots, to prices which others had to match.

Hi-fi has never been cheaper. And I said "cheaper" rather than "less expensive," because I want to impart the negativity contained in that term. The retailers make bugger-all for a margin, hence the demise of bricks-and-mortar shops. Meanwhile, the manufacturers are desperate to make ends meet. A shame that champions of consumers never consider the suppliers.

People have selective memories: go to a restaurant 100 times, and you'll only remember the one meal where the steak was overcooked or the knife was dirty. It's human nature. In 2015 people still bitch about the price of budget hi-fi. When you consider how nice today's £299 system sounds -- and it ain't half-bad -- and how most "impoverished" students are walking round with iPhones that cost more, you have to wonder why hi-fi isn't bigger than ever.

But that's a topic for another day: how the hi-fi industry is worse at promoting its message and its products than ISIS at promoting theirs.