When Devialet’s first product, the D-Premier integrated amplifier-DAC, debuted in 2009, it received wide-ranging critical praise, including from SoundStage! -- when Doug Schneider’s review was published, in May 2011, we gave it a Reviewers’ Choice award; the following month, we added it our list of Recommended Reference Components; and it was one of our Products of the Year for 2011. The unique technologies used in the D-Premier made it a groundbreaking design, and it was also rare in combining beautiful styling and small size with state-of-the-art sound quality. At the time, it was the best-sounding amplification component that Doug Schneider had ever heard.

However, as accomplished as the D-Premier was, some had concerns about its power-output specification of “only” 240Wpc into 6 ohms or 190Wpc into 8 ohms. That’s enough power for most speakers in most typical listening rooms, but it’s probably not enough for those who want to drive very insensitive speakers to loud volumes, and/or who have large listening rooms.

Seven years and a few generations of amps later, Devialet has introduced the Expert 1000 Pro mono DAC-integrated amplifiers ($34,990 USD per pair), each amp housed in a case the size of a D-Premier. It’s Devialet’s most powerful design yet -- each monoblock is specified to deliver 1000W into 6 ohms or 750W into 8 ohms. That’s more powerful than most audiophile amplifiers on the market, and should satisfy the great majority of listeners, no matter how insensitive their speakers or how large their rooms. Jeff Fritz reviewed the Expert 1000 Pro monos for SoundStage! Ultra in November; previously, he’d had experience with Devialet’s 120 and 400 models. 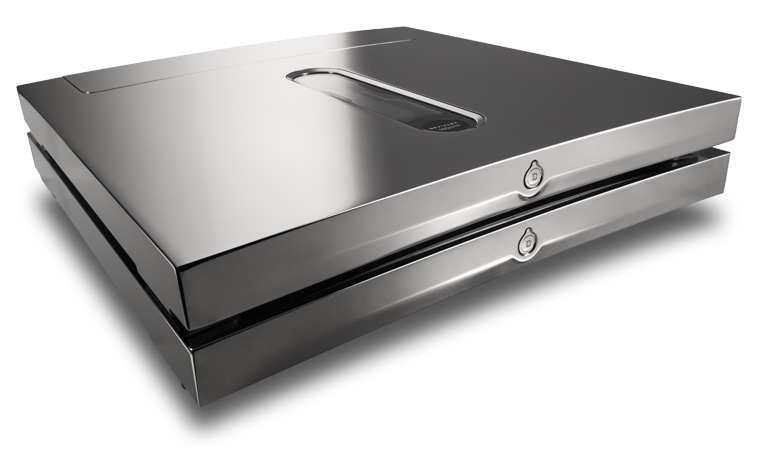 The Expert 1000 Pro has a little over four times the power output of the original D-Premier, which means an increase in headroom of more than 6dB (each 3dB increase in output from a speaker requires a doubling of power from the amplifier). In a SoundStage! InSight video about the Expert 1000 Pro monos that we produced, posted on YouTube in September 2016, designer Mathieu Pernot said that Devialet had been able to raise the power output of their most powerful amplifier, the L’Original d’Atelier monos, released in 2015, from 800 to 1000Wpc into 6 ohms, “by mostly raising the overall efficiency of the product” and without changing the size of the enclosure.

Because the Expert 1000 Pro mono is a few generations younger than the original D-Premier, many things about it have been changed and improved as the company has progressed. However, the heart of its operation is similar to the D-Premier’s: Like that original model, the Expert 1000 Pro includes Devialet’s patented Analog Digital Hybrid (ADH) and Magic Wire technologies. ADH involves using two different types of amplifiers to drive the same load, an idea that Pernot describes in our video as being “as old as electronic design.” The trick is how to make it work properly. In Devialet’s ADH, a pure-class-A amplifier supplies voltage while a class-D amplifier provides current. The result, they say, is the sound quality for which class-A amplification is known, with the high power outputs and efficiency of class-D circuits. Magic Wire is unique in simultaneously converting digital to analog and producing the amplifier’s full gain. This greatly reduces the circuit’s complexity and parts count, which in turn considerably reduces distortion and noise. Devialet claims that the latest version of Magic Wire produces 6dB less distortion and 2.5dB less noise than the previous generation. 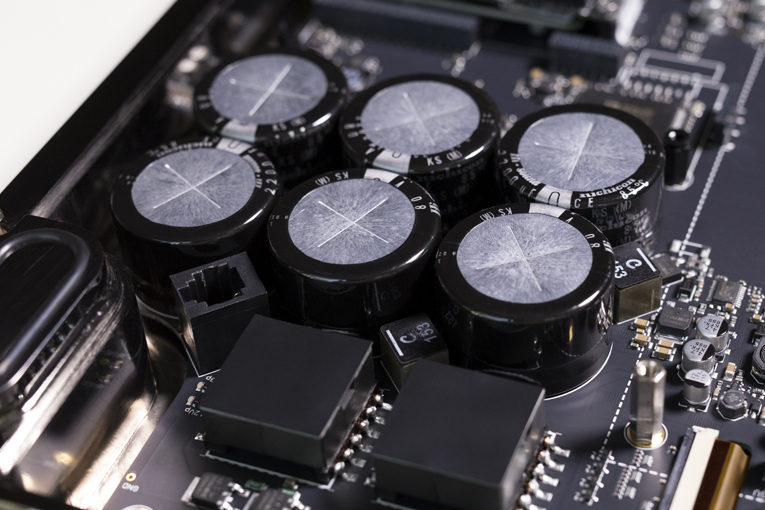 In his review, Jeff Fritz mainly used the Expert 1000 Pro monos with his Magico Q7 Mk.II speakers, and compared them with an earlier version, Devialet’s stereo Expert 200 ($9495), which is specced to output 200Wpc into 6 ohms or 150Wpc into 8 ohms. He was also able to compare the 1000 Pro monos to his Soulution 560 DAC-preamp ($35,000) and Soulution 711 stereo power amp ($65,000), the latter specified as outputting 150Wpc into 8 ohms. A pair of 1000 Expert Pro monos offers two key advantages over both of these amplifiers: 1) five times the power output into 8 ohms, for about 7dB more headroom; and 2) superior channel separation by being a truly dual-mono design, as each amplifier and DAC is housed in its own case.

Jeff found that “The Devialet 200 provided complete control of the Magicos’ drivers, a neutral tonal balance, silent operation, and unflinchingly transparent sound no matter how loudly I played my system -- all just as I remembered from Devialet’s 120 and 400.” He then switched to the 1000 Expert Pro monos and “didn’t hear much difference.” What he found was that, used within their power limits, the Devialet 200 and 1000s sounded close to identical with recordings of mediocre sound quality, but that “The better the recording, and particularly the higher the resolution, the more the Expert 1000 Pro stretched its legs and was able to deliver sound quality a cut above what I’d just heard from the 200 reproducing the same track.”

In his “Conclusion” section, Jeff summed up the differences between the Devialets: “As to how the Expert 1000 Pro stacks up against other Devialet models, I can say without hesitation that it’s better -- but not night-and-day better. It’s a refinement of the Devialet sound, not a departure from it or a great leap forward. The last-generation Devialets I’ve heard -- the 120, the 200, and the 400 -- are still super products. The Expert 1000 Pro is just a little bit better in ways that might mean more to some listeners than to others.” 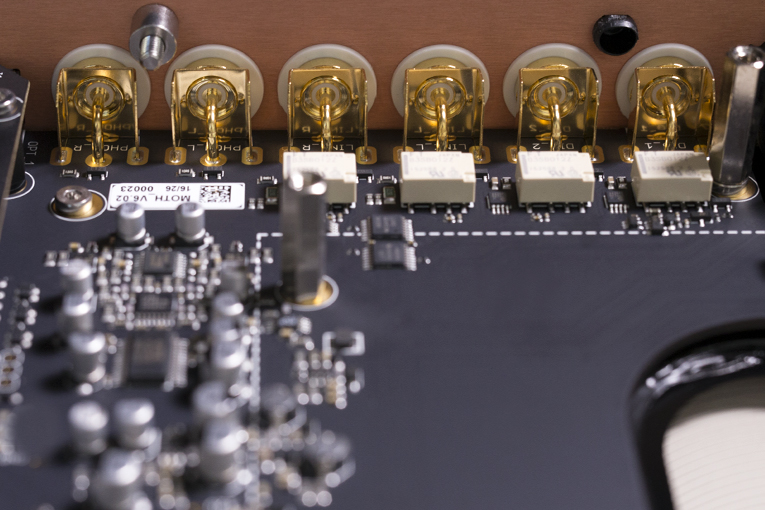 Here’s what Jeff found when he compared the 1000 Expert Pro monos to his Soulution separates, which cost almost three times as much:

By conventional thinking, the 1000 Pro shouldn’t be able to produce the earth-moving low frequencies that the 711 and 560 can. But both brands got the absolute best out of the Magicos that I’ve heard -- which means the best bass I’ve heard from any system. As soon as I was sure I’d heard a difference between them in the lows, I’d switch back to whichever I’d been listening to just before. And then I wasn’t sure anymore.

Both the Devialet monos and the Soulution separates were supremely quiet. This made aural images come to life in my room in ways that added realism to the performance. The only other brand of electronics that I’ve heard that has approached this level of silence has been Boulder Amplifiers. The Devialet Expert 1000 Pro is in good company there, and for a lot less money. 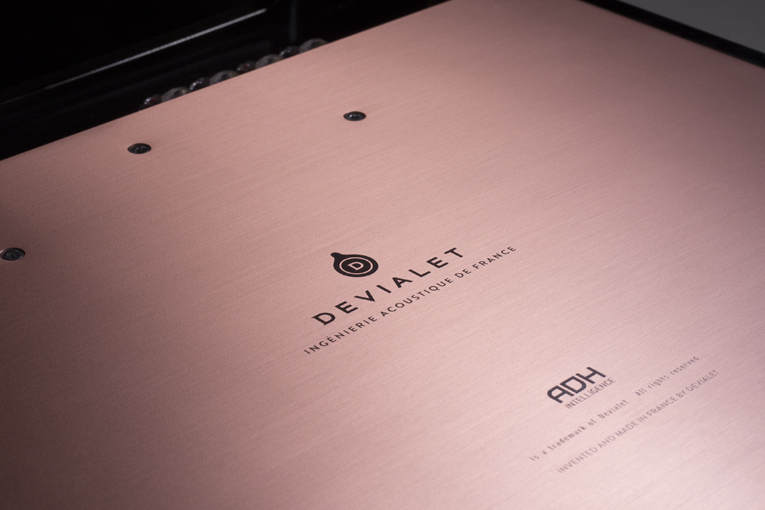 With the release of the D-Premier in 2009, Devialet broke new ground, aesthetically, technically, and sonically. That they haven’t been resting since then is evident in the Expert 1000 Pro mono DAC-integrated amplifiers. The 1000 Pro monos are not only much more powerful than was the D-Premier -- or most amplifiers on the market today -- their sound quality is higher than that of any other amp Devialet has produced. Jeff summed up their achievement in his “Conclusion”: “The Devialet Expert 1000 Pro is what you buy if you want small, classy, and cool. It’s also what you buy if you want the highest quality of sound available today, at any size or price in any style of package.” His words confirm that, like the D-Premier, the Expert 1000 Pro deserves being added to our list of Recommended Reference Components.