As Jeff Fritz pointed out in in his May 2018 review of T+A Elektroakustik’s PA 3100 HV for SoundStage! Ultra, it bucks the current trend of including in an integrated amplifier such features as digital-to-analog conversion, network connectivity, and streaming. The stock PA 3100 HV ($23,500 USD) doesn’t even have a phono stage -- though you can add an optional internal moving-magnet/moving-coil stage ($1600). As Jeff stated in his review, “The PA 3100 HV focuses on preamplifying and amplifying, period.” And those things it does extraordinarily well.

Jeff, a stickler for build quality, was bowled over by the PA 3100 HV, whose sturdy and flawlessly finished case has an aluminum front panel 1.6” (40mm) thick. At the center of that faceplate is a large screen with left- and right-channel power meters and, above those, displays of such information as the selected input and volume level. Flanking the display are source selector and volume knobs, which T+A describes as being attached to “precision incremental encoders running in needle roller bearings,” to give just the right feel when turned. Rather than the usual pushbutton, the PA 3100 HV is turned on or off with what T+A describes as a “zero-wear sensor.” T+A’s F3001 infrared remote control comes standard.

The first word Jeff used to describe the PA 3100 HV’s sound was solidity. He found its reproduction of bass “particularly taut and punchy” -- even more so than that of McIntosh Laboratory’s MA9000 integrated amplifier-DAC ($10,000), which he’d just reviewed. “Listening to the T+A gave an impression of power -- the PA 3100 HV sounded strong,” he wrote. “The more I listened to bass-heavy music, the more I realized that the T+A sounded more like a superb power amplifier well-matched to a superb preamp than like an integrated amplifier.” 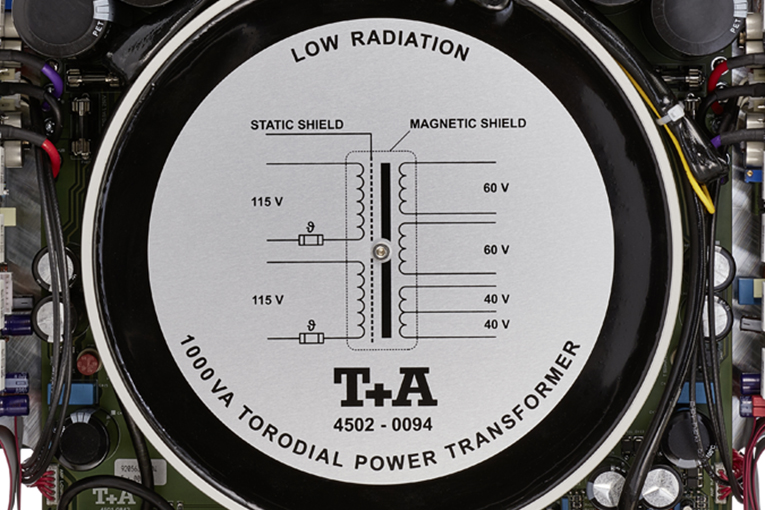 Further listening revealed to Jeff “more vivid images on the soundstage” than he’d heard through the Devialet D-Premier integrated amplifier-DAC ($15,995, discontinued), which he hadn’t reviewed but owned. Compared to the Devialet, the T+A “produced sound that was more like something you could physically reach out and grab.”

Jeff also found that the T+A’s bold, visceral sound didn’t shortchange nuances: “The T+A was easily capable of delivering the low-level details present in [Hannah Read’s Way Out I’ll Wander (16-bit/44.1kHz FLAC, Hudson/Tidal)], but was also adept at painting a nicely landscaped soundstage, and reproducing palpable images within it. Again, the word that kept coming to mind was solid.” And when Jeff played “Aurora,” from Hans Zimmer’s Live in Prague (16/44.1 FLAC, Eagle Rock Entertainment/Tidal), Zimmer’s voice sounded “tangibly real” in front of him. At the 5:20 mark, the decay of the drum roll produced a soundstage that “was as deep and as complete” as he’d heard in his Music Vault listening room.

In his “Conclusions” section, Jeff acknowledged that for the PA 3100 HV’s price “you could easily get a superb preamplifier and stereo power amplifier,” and that its weight and size “won’t save you much space.” In those ways, practical the PA 3100 HV is not. But, as he also pointed out, the T+A “doesn’t pretend to be an all-in-one integrated amp designed for those of you who are downsizing” in size and/or price. Instead, the PA 3100 HV delivers separates-like sound quality “in a package that exudes German engineering quality: properly sorted features, slick ergonomics, stunning build quality.” It was T+A’s no-compromise approach to designing and crafting the PA 3100 HV that earned it a Reviewers’ Choice nod when Jeff’s review was published -- and now has earned its inclusion in our list of Recommended Reference Components.