Brent Butterworth began his review of the Meze Audio Empyrean headphones, published April 1, 2019, on SoundStage! Solo, with this declaration: “The Empyreans represent the gutsiest move the headphone biz has seen in a long time. At $2999 USD, they’re almost ten times the price of Meze Audio’s next-priciest over-ear headphones, the 99 Classics ($309). They use a new driver technology I’ve never seen before. And they’re designed and manufactured in the medieval country town of Baia Mare, Romania, which isn’t exactly a tech nexus.”

About that new technology, which Meze calls Isoplanar: Brent described it as a planar-magnetic driver developed by Rinaro Isodynamics, based in Ukraine. According to Brent, the Isoplanar differs from other companies’ planar-magnetic drivers in having two sections: “The lower section of the voice coil, which is positioned to align with the listener’s ear canal, is spiral-shaped, while the upper section follows a ‘switchback’ pattern, sort of like a mountain pass.” Meze Audio claims that the Isoplanar can reproduce frequencies up to 110kHz, almost three octaves above 20kHz, the upper limit of human hearing. 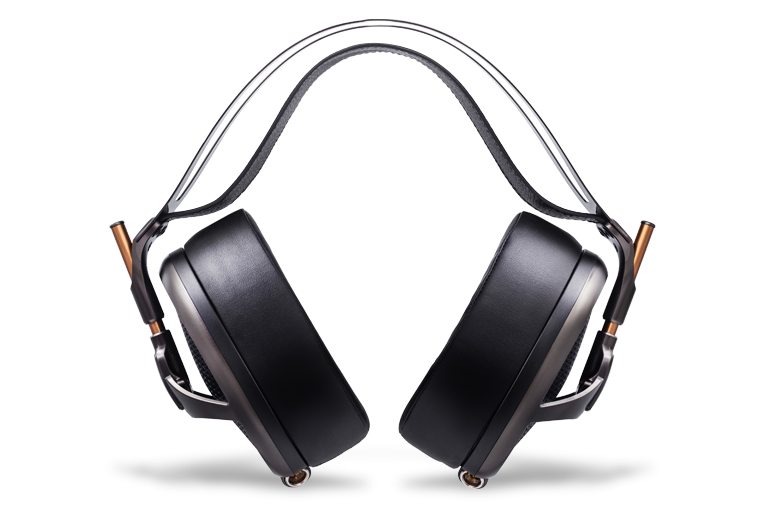 The new driver is also very sensitive -- Meze specifies a sensitivity of 100dB/1mW, not far from Brent’s measurement of 99.1dB/1mW. As he wrote in his measurements section, this is enough to “let you get loud volumes when plugging the Empyreans straight into a smartphone or tablet.”

Commensurate with the Empyreans’ high price are the inclusions of an attractive, durable carrying case and wires with an assortment of terminations: a 9.8’-long cord with a 1/4” plug, a 3.9’ cord with a 1/8” plug, and a 9.8’ cord with a four-pin XLR connector, for use with a balanced-output amplifier. Meze also supplies two sets of earpads, one pair each in leather and velour. Brent’s listening panelists didn’t much care for the velour pads -- they “softened the sound and took some of the life out” of the sound. Brent, however, “thought the difference between the two pads was fairly mild, with the velour pads sounding a little softer overall, with a little less energy above 10kHz. If I had to choose one, I’d take the leather, but both have a nice sound profile.” 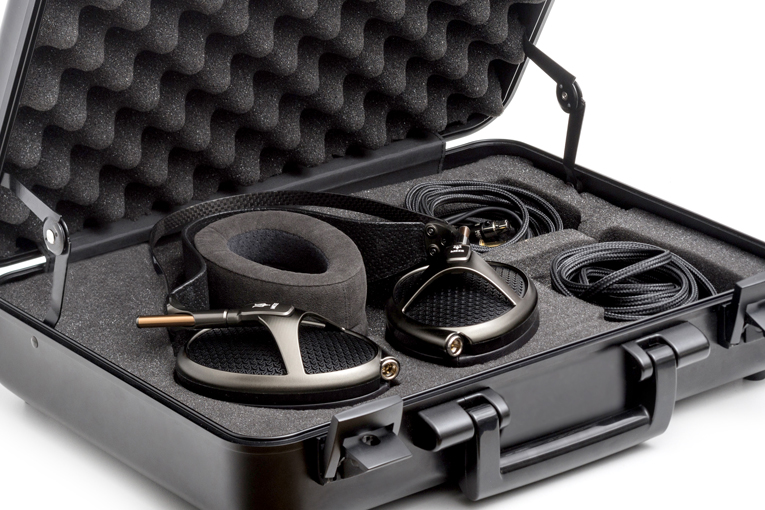 Although the two earpad materials affected the high frequencies differently, Brent found that the Empyreans, overall, had “no overt sonic colorations” -- they sounded, to him and his panelists, “essentially neutral, yet very detailed.” He did notice “a little more energy above 10kHz,” but heard that as creating “a sense of ‘air,’ rather than brightness.”

The Empyreans’ neutrality didn’t mean that they sounded boring. Brent wrote that he

was particularly struck by the Empyreans’ reproduction of “Look to the Sky,” from guitarist Emily Remler’s debut album Firefly (16-bit/44.1kHz WAV, Concord Jazz). Guitar is typically the most artificial- and lifeless-sounding instrument in a jazz combo, because the amp’s treble control is usually set near minimum, the amp’s internal reverb is often used rather than a more sophisticated external reverb processor or plug-in, and the amplifier is usually close-miked with an inexpensive dynamic microphone. Thus, there’s no natural ambience at all. The Empyreans made this difference even starker than it usually is, delivering a spacious, relaxed presentation of the acoustic piano, double bass, and drums, making the guitar sound even more monophonic and colorless in contrast. 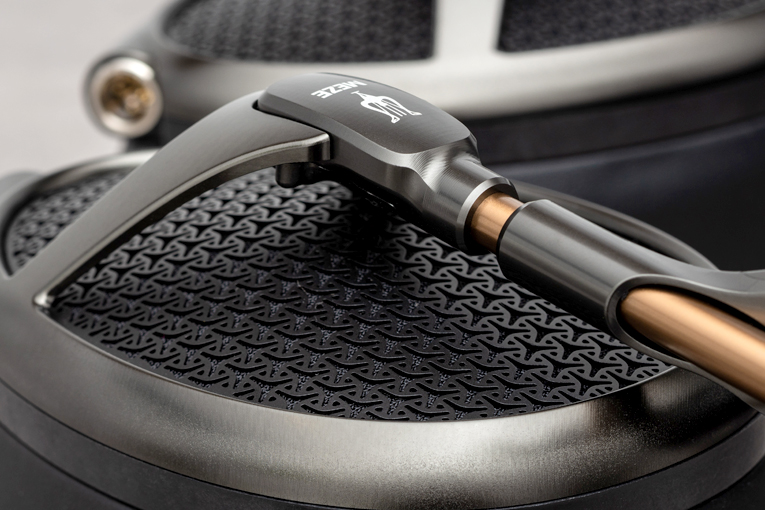 Brent then listened to some very different music:

Weirdly, the Empyreans also did an amazing job of bringing out the contrasts in “Shoot to Thrill,” from AC/DC’s Back in Black (320kbps Ogg Vorbis, Atlantic/Spotify) -- contrasts I didn’t even realize were there. . . . The distinction between the slightly cleaner and more complex sound of Malcolm Young’s Gretsch guitar on the left versus brother Angus’s Gibson on the right was easy to hear through the Empyreans, yet obscured even by Focal’s Stellias [$3000], which are some of the best headphones I’ve ever heard.

To listen more critically, Brent then played “September in the Rain,” from jazz saxophonist Camille Thurman’s Waiting for the Sunrise (24/96 AIFF, Chesky):

I loved that I could hear an accurate spatial representation of the different instruments, with Thurman and bassist Cecil McBee obviously standing near the dummy head used to record the album; guitarist Jack Wilkins about 12’ off to the left; Thurman stepping back perhaps 8’ when she takes her tenor sax solo; and drummer Steve Williams way back, perhaps 18’ to 20’ behind the microphones. I did hear a little bit of coloration in her voice -- a slight congestion in the upper mids that wasn’t there with the Stellias -- but I couldn’t find anything else about the sound on which I could muster a comment. 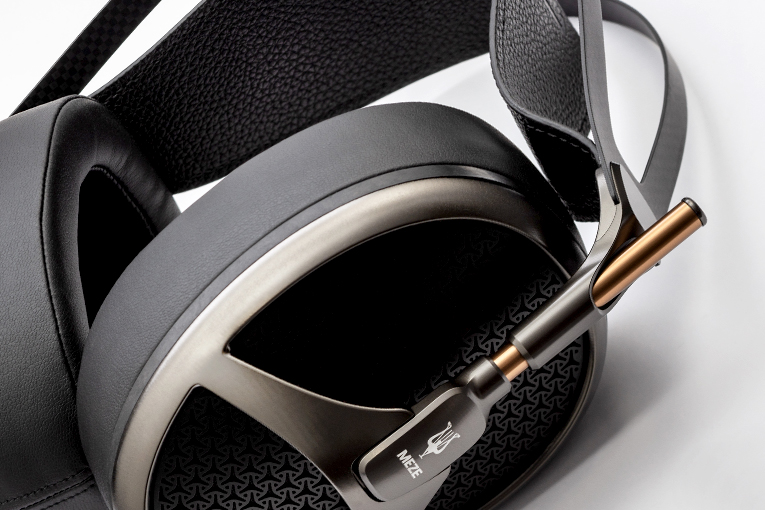 A track from Larry Grenadier’s The Gleaners (16/44.1 WAV, ECM) highlighted for Brent more differences between the Empyreans and the Stellias:

“Woebegone” sounds almost like a blues-metal tune adapted for pizzicato (plucked) double bass, with three overdubbed basses working together to hold down a repeated chord figure. With the Stellias, I felt the power and dynamics of each bass more, almost as if my ears were a foot from the f-holes -- a bigger sound, I think, than would be possible in real life with such a quiet instrument. The Empyreans sounded less punchy, but arguably more natural, with a more realistic presentation of space.

Pointing out that the Empyreans were “more forgiving of bad recordings” than the Stellias, Brent cited as an example “The Closer I Get to You,” from Luther Vandross’s Dance with My Father (320kbps Ogg Vorbis, J Records/Spotify): “Through the Empyreans, the sound was still detailed, yet smoother and more relaxed-sounding, at the expense of a somewhat softer electric bass sound. The Stellias, in comparison, got the bass tighter (and, probably, righter), but also highlighted the phoniness of the production, and, in particular, made Beyoncé’s voice sound somewhat blaring.” 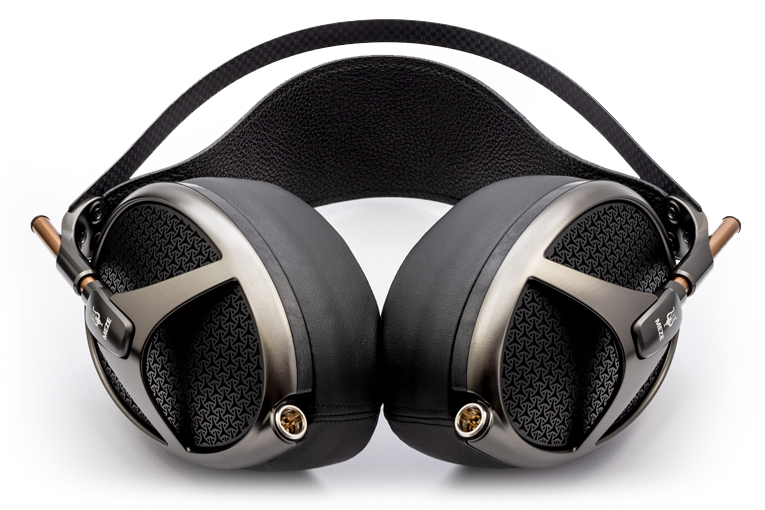 “The Empyreans clearly rank among the very best headphones you can buy,” Brent concluded -- plenty good enough to earn a Reviewers’ Choice award when the review was published, and now, like their direct competitors the Focal Stellias, a place on our list of Recommended Reference Components.