In Doug Schneider’s May 2019 review of the GoldenEar Technology Triton One.R loudspeaker ($5999.98/pair, all prices USD), he repeatedly referred to its bigger, more expensive sibling, the Triton Reference ($8499.98/pair at time of review, now $8999.98/pair), which he’d reviewed in November 2017. GoldenEar’s flagship Reference model is the source of most of their latest technology that has trickled down into the One.R.

The Reference is very tall (58” with base), slender (9.25” at its widest, without base), and fairly deep (18.75”, without base). On its front baffle are six active drivers: a Reference High-Velocity Folded-Ribbon tweeter (an air-motion transformer, or AMT), two 6” midranges, and three 6” x 9” racetrack-shaped woofers. Mounted on the speaker’s side panels are two pairs of opposed 9.5” x 10.5” passive radiators, to augment the bass. All drivers are bespoke GoldenEar designs, as is the 1800W class-D amp used to power the three active woofers. The entire speaker weighs 108 pounds and comes in a high-gloss finish of black paint on its sides, top, and rear. In fact, the Reference and the One.R are GoldenEar’s only models to have painted cabinets -- all the others, including the Triton One ($4998.98/pair), which Doug reviewed in April 2016 -- are covered in a matte-black “sock” grille. 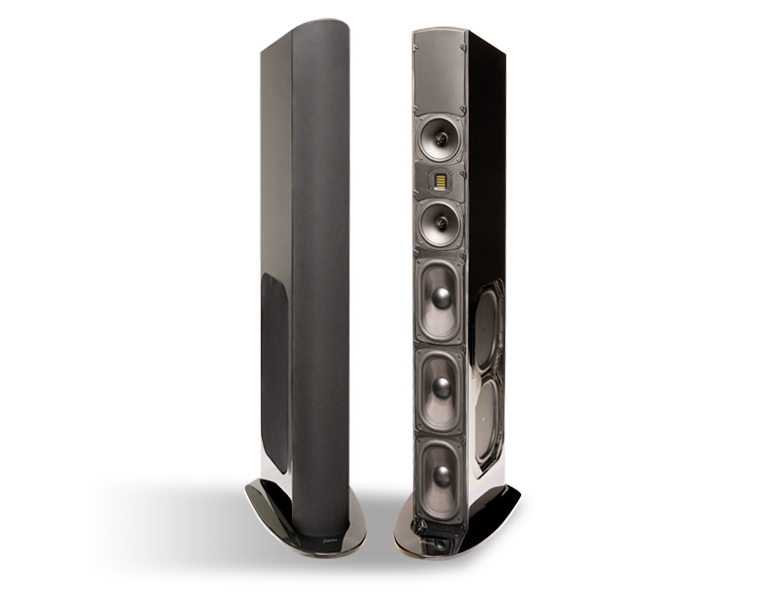 Despite its large size and many drivers, the Triton Reference doesn’t present an amplifier with a difficult load, due in large part to its powered bass section. Our measurements showed a sensitivity of 91.6dB/2.83V/m and an impedance that remained mostly above 4 ohms. As a result, in addition to Constellation Audio’s Revelation Taurus Mono solid-state amplifiers, which Doug used with the GoldenEars, he was also able to easily drive them with JE Audio’s VM60 tubed mono amps. 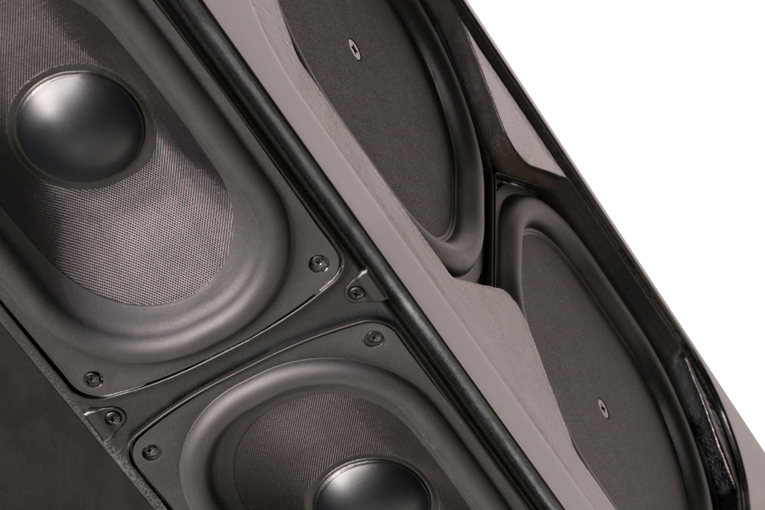 With three woofers and four passive radiators, the Reference promises big bass -- and that’s what it delivered, while paying no price in diminution of overall sound quality or driver-to-driver coherence, as Doug found:

Glen Hansard’s Rhythm and Repose (Epitaph/Anti- 87203) . . . is streamable from Tidal in 16-bit/44.1kHz FLAC or 24/48 MQA (which Tidal unfolds to 24/96). The first track, “You Will Become,” showed off the Triton References’ many strengths, especially at the 2:43 mark, when some really deep bass frequencies enter. The References filled my room with astoundingly deep bass that, to the best of my aural memory, didn’t necessarily sound any deeper than the [GoldenEar Triton] Ones had produced here -- they, too, went super-deep -- but was definitely tighter, more detailed, and more textured. . . . This increased control and articulation also made for a seamless blend of the outputs of the seven drive units reproducing the bass and the two drivers handling the midrange; nothing in the sound indicated to me where the woofers and midranges were crossed over to each other.

A hallmark of all GoldenEar speakers has been spacious soundstages, and, here, too, the Triton References didn’t disappoint, as Doug found when he listened to the Cowboy Junkies’ The Trinity Session (16/44.1 FLAC, RCA):

“Mining for Gold” engulfed the speaker end of my room in what seemed an enormous space, with depth that went way past the front wall, while cleanly reproducing Margo Timmins’s voice as a solidly placed center image. “Misguided Angel” also laid out a beautiful stage in my room, with fine delineation of the musicians’ positions across the width of the stage and from front to back -- the position of each was easy to “see.”

Where the Triton Reference stepped way ahead of the Triton One, then the model immediately below it in GoldenEar’s line, was in its ability to play loud without compression. This was mostly due to the brand-new tweeter used in the Reference (and now also used in the One.R), but also because of the new midranges. Listening to “You Shook Me All Night Long,” from AC/DC’s Back in Black (16/44.1 FLAC, Atlantic/Tidal), and “Roller,” from April Wine’s First Glance (16/44.1 FLAC, Aquarius/Capitol/Tidal), Doug found that the References “played considerably louder without audibly compressing than the Ones did.” 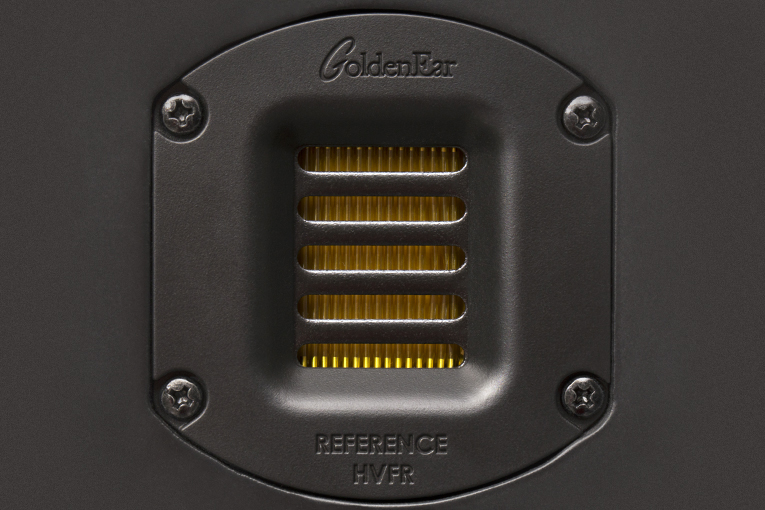 Loud volume levels weren’t the only places the improved tweeter and midranges showed off, Doug stating that at “more typical listening levels, the improvements in the mids and the highs revealed themselves readily when I played any good recording of acoustic piano.” He also found that the “sound of cymbal crashes was also improved, in terms not only of cleanness but of liveliness -- through the References, the highs were just a little more immediate, precise, and unrestrained.” When, in November 2017, Doug heard “much the same with acoustic guitar,” he wrote that the Reference was “the most exciting GoldenEar speaker to listen to,” and that it “might be the liveliest-sounding speaker that GoldenEar Technology has produced, but it didn’t depart from neutrality.”

Doug concluded that the GoldenEar Triton Reference is “the one I’d recommend to anyone whose budget stretches as far as $8500 -- although not cheap, the Reference can easily be compared to speakers from other brands costing considerably more.” Although the Reference now costs 2¢ shy of $9000/pair, Doug’s praise for it remains undiminished. Which is why the Triton Reference is the first GoldenEar Technology speaker to join our list of Recommended Reference Components.