In a typical hi-fi system, a standalone preamplifier is primarily relied on for source switching and volume control, as well as to provide an appropriate impedance match with and enough gain to drive a power amplifier. That seems simple enough. Where most preamplifiers fall short is in their ability to perform those functions with transparency to the signal source. Most preamps can be identified by the colorations they impose on the sound as they perform these tasks; by definition, reference-caliber preamps can do it all while adding no sonic signature of their own.

Of all the preamplifiers Doug Schneider has reviewed, only a few have been transparent enough that he couldn’t have told you, in a blind test, if they were even in the circuit. The latest to perform at this level is Simaudio’s Moon Evolution 740P, which he reviews this month. As Doug says in his review, “Essentially, the 740P had no sound of its own that I could hear -- it sounded startlingly clear and pure, and without a hint of edge or grunge in any part of the audioband at any volume level. The 740P was also dead quiet when no music was playing -- I heard only the faintest ssshhh when I placed an ear right up against the tweeter of either speaker, and that was with all the components in the signal chain turned on. When the music began, the 740P seemed to sonically disappear. If it hadn’t been for its switching capabilities and volume control, which I used often, I wouldn’t have known it was there.”

The 740P was just as impressive in its performance of those switching and volume-control functions. Doug described the switching as “instantaneous,” which he found not only convenient, but helpful as a reviewing tool: It allowed him to rapidly compare source components. Of the volume control he had this to say: “Most volume controls don’t warrant much explanation or praise -- there’s usually not much to them -- but the 740P’s does. It’s the best I’ve used. The front-panel knob is large, sturdy, and spins easily, which I liked. (Note to preamp makers: No matter a model’s price, make sure its knob has a quality feel and works well, like this one does, as it’s the number-one thing users touch.) From 0 to 30dB, turning the knob at any speed increases the output level in 1dB increments; this increment is retained from 30 to 80dB if the knob is turned quickly, but changes to 0.1dB when the knob is turned slowly. In all, there are 530 positions, allowing for perfect fine-tuning of the output level.” 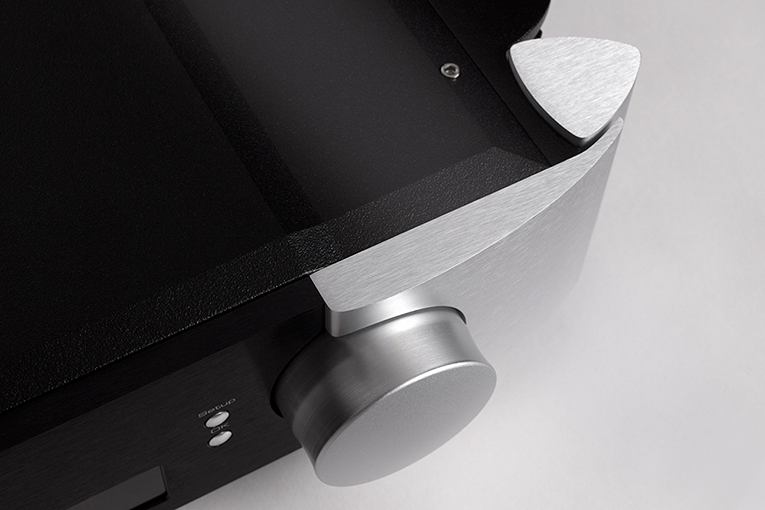 The 740P performs all core preamplifier tasks exceptionally well, and provides these extras as well: a large, red-lettered, customizable LED display that can be read from far away, or turned off entirely; programmable input-level trimming (+/-10dB), to match source components of differing output levels; channel-balance and mute controls; rear-mounted connectors for an optional external power supply (coming in 2014); and a well-built remote control. The 740P’s build quality is exceptional, and backed by a ten-year warranty -- at least twice as long as the warranties now provided by most electronics makers.

One last important thing is the Moon Evolution 740P’s price: $9500 USD. That might seem high to some, but it can be justified by the high level of performance the 740P offers in comparison to its competition -- it’s the lowest-priced pure stereo preamplifier ever included in our list of Recommended Reference Components. All in all, Simaudio’s Moon Evolution 740P is an outstanding, reference-grade product from one of hi-fi’s most respected brands. Doug ended his review by calling it “a benchmark for preamplifier performance for under ten grand -- not for what it sounds like, but because it sounds like nothing at all.”