Despite being supplanted by the transistor more than half a century ago, the vacuum tube remains popular among hi-fi enthusiasts, with product designs that continually push the century-old technology to new heights of performance. Of the companies still producing tubed products and advancing the technology, Audio Research Corporation, based in Minneapolis, Minnesota, remains one of the most popular and respected in the business. Last month, when Pete Roth reviewed the ARC Reference 10 preamplifier for SoundStage! Ultra, he proclaimed it “one of the most thrilling, intoxicating, musically engrossing preamplifiers ever made.” Until the Reference 10’s arrival, Pete’s reference preamp had been Audio Research’s Reference 5 SE.

The Reference 10 is a two-box affair -- a main control unit and a separate, external power supply -- that retails for $30,000 USD. It is now ARC’s top preamp model. The Reference 10’s design is based on the limited-edition Reference Anniversary preamplifier ($25,000), created in 2010 to celebrate William Z. Johnson’s founding of ARC 40 years before. But the Reference 10 adds a key feature the Anniversary lacked: a touchscreen display. This makes the Ref 10 easier to use, permits greater functionality, and, according to Pete, “brings operation and customization of ARC components into the 21st century.” 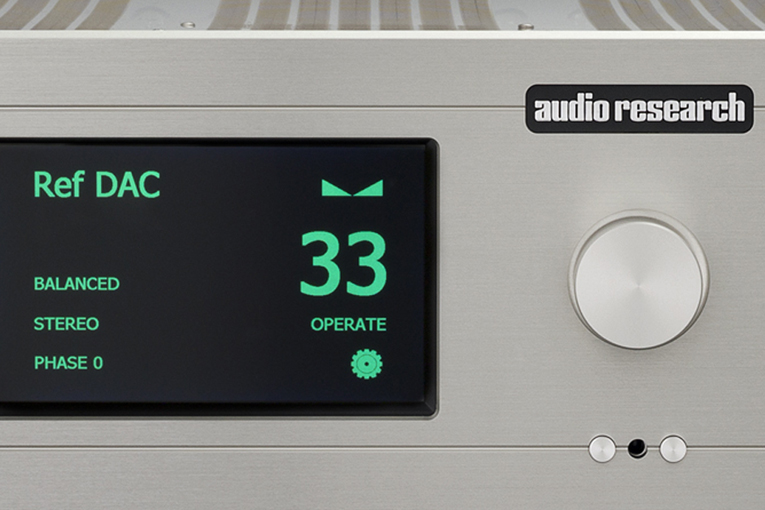 The touchscreen is a modern design flourish, but the Reference 10 remains true to ARC tradition in being based on tubes: four 6H30P dual-triode tubes per channel in the control unit, and single 6550C and 6H30P tubes per channel in the power supply. It’s also a dual-mono design chock-full of quality parts that impressed Pete: “In the power supply, the left and right channels are identical and separate, ensuring that, following the 20A IEC input socket, the Reference 10 is a true dual-mono system. High-quality devices abound; for the circuit board itself, ARC has eschewed the ubiquitous green fiberglass for a large expanse of dark-tan material known for its superior mechanical and dielectric qualities. The elegant, fastidious layout of the Ref 10’s interior earned from me greater respect for and confidence in ARC.” 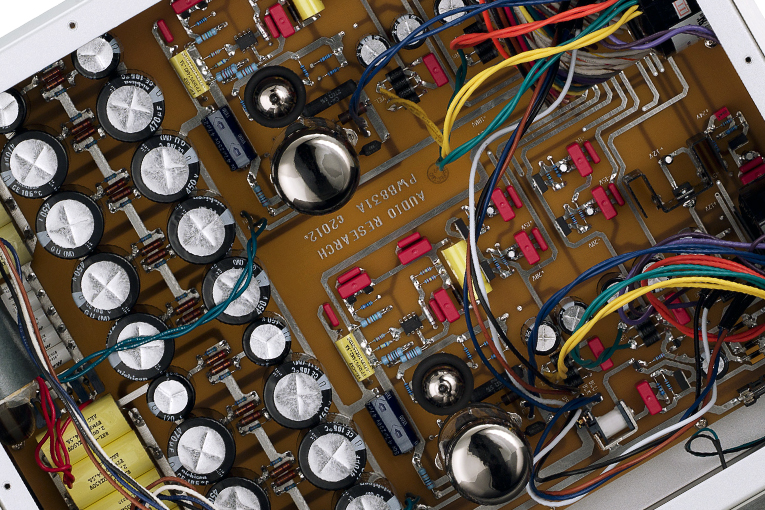 Of course, the reason we’re honoring the Reference 10 as a Recommended Reference Component doesn’t have to do with its feature set or how it’s built, but with its sound, which Pete described as follows: “[The Reference 10] handled with aplomb all items on the audiophile checklist: soundstaging, gravitas, nuance, dynamics, etc. But when music was the focus, it pulled me in and kept me there. And that’s what it’s all about.

“I never tire of Neil Young’s Massey Hall 1971 (LP, Reprise 43328). In my system -- especially as it has coalesced over the past several years -- it always produces visceral ‘time machine’ qualities. There’s something special about well-recorded live performances, and here -- a lone performer onstage, connecting voice, instrument, auditorium, and audience -- the recording catches the magic. Yet, since introducing the Reference 10 into the system, it’s ‘The Needle and the Damage Done’ that overwhelms me every time. I’ve read all about the devastation heroin has wreaked on multiple generations of artists, from jazz to rock to the visual arts. But hearing Young’s voice as it drips pain and anger in helpless lament through the Ref 10, it was no longer a detached ‘knowing about.’ Rather, I felt an empathic connection between me and one who had lived in the midst of that cancer, and whose friends fell by the wayside. In those moments, I felt Young’s pain and loss as my own; it became personal -- more than it had been before the Ref 10’s arrival.

“Listening to Johnny Hartman’s I Just Dropped By to Say Hello (16-bit/44.1kHz AIFF, Impulse! A-57), I realized I couldn’t recall having heard the microphone overloading moments after Hartman begins singing ‘In the Wee Small Hours of the Morning.’ At a Consumer Electronics Show several years ago, I played the first 30 seconds of this track in at least two dozen exhibitor suites: the way a system handles this production flaw can tell quite a story. In systems whose bass energy is too lean, this mid-frequency blemish can be so pronounced as to be quite irritating. But through systems that produce a soft-focus sound that lays a silken sheen over everything, it can be hard to hear at all. The best systems don’t cover up the failing, while keeping the liquidity of Hartman’s baritone front and center. I’m greedy -- I want all the detail embedded in a recording, and I want to be captivated and gripped by the story told by the performers and the recording and mastering engineers. Sure enough, when I replayed the track, this time focusing on the artifact, there it was in all its detail -- but reduced to musical irrelevance as Hartman sang on without a hitch. With the Reference 10 in control, what dominated my attention was the music itself, not the playback equipment or deficiencies in the recording.” 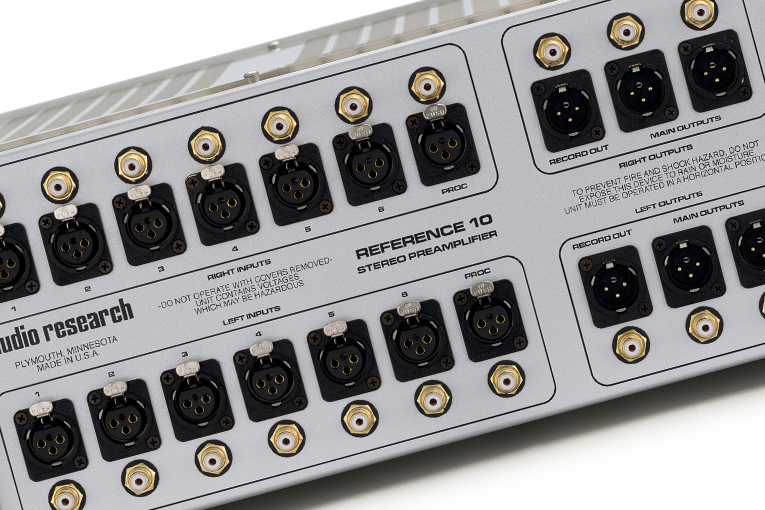 More telling was Pete’s comparison of the Reference 10 to his Reference 5 SE: “[T]he sound of the company’s Reference 10 is distinctly superior: more dynamic, even better at throwing a solid, expansive soundstage, and presenting the music against a quieter background. It also seems, to my ears, to be the more honest electronic device, though some will miss the euphonic editorializing the Ref 5 SE’s slight tube bloom can impose.”

Pete was also able to compare the Reference 10 to Ayre Acoustics’ all-solid-state KX-R Twenty preamplifier ($28,500), which we honored as a Recommended Reference Component in July 2014. Pete found the results of that shoot-out much closer than in the one between the References 10 and 5 SE: “The Ayre KX-R Twenty sounds surprisingly like . . . the Audio Research Reference 10! Still, after schlepping the Ayre back home to my vinyl-dominated system for a head-to-head, I ultimately preferred to keep the Ref 10 in place -- though it was close to a toss-up.” 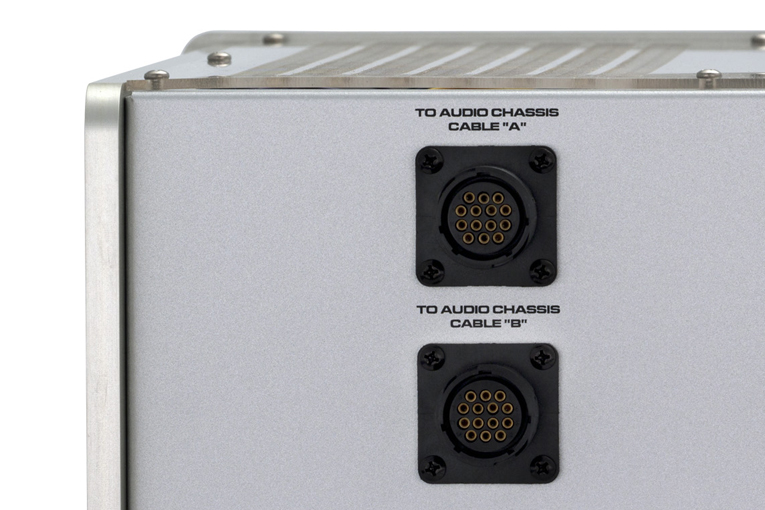 Pete concluded his review of the Reference 10 with this: “Congratulations to Audio Research Corporation for their aspirations and their execution. Kudos, too, for the introduction of a superior user interface, more attractive appearance, and tactile luxury.” Even more congratulations are due Audio Research: for the Reviewers’ Choice award for the Reference 10, given when the review was published; for this month’s Recommended Reference Component award; and for working to keep tube-based hi-fi as relevant in the 21st century as it was in the first half of the 20th.