Like Luxman’s C-900u preamplifier, which Doug Schneider reviewed in November 2014 and we recognized as a Recommended Reference Component the following month, the companion M-900u stereo/mono amplifier, reviewed last month by Doug, is exceptionally well built, perfectly finished, and superbly styled. The M-900u also has a bit of a 1970s vibe due to the attractive VU meters that adorn its front panel -- something not seen often today. Each component costs $19,900 USD.

The M-900u is also like the C-900u in that it sounds exceptional; in fact, Doug considers it to be the best power amplifier he’s ever heard for the re-creation of soundstages: “Right from the start, I was taken aback by the spaciousness of the soundfields re-created by the Luxman M-900u. They were impressive enough with Simaudio’s Moon Evolution 740P preamplifier, but nothing short of a revelation with Luxman’s own C-900u, which is also very good at the accurate reproduction of soundstages. The M-900u’s soundstages were huge when the recording engineers had captured such a space, but even when they hadn’t -- as with many pop recordings -- it was easy to hear everything that was captured. As I mentioned in my review of the C-900u, the sound quality of Sade’s Soldier of Love (16-bit/44.1kHz FLAC, Epic) is hardly of audiophile caliber -- the ‘soundstage’ of this multimiked studio creation was assembled on a mixing board -- but I’d never heard anywhere near as much apparent depth in ‘Long Hard Road’ as when I played it through the M-900u. The space behind singer Sade Adu, only hinted at by other amps, was readily audible through the M-900u. 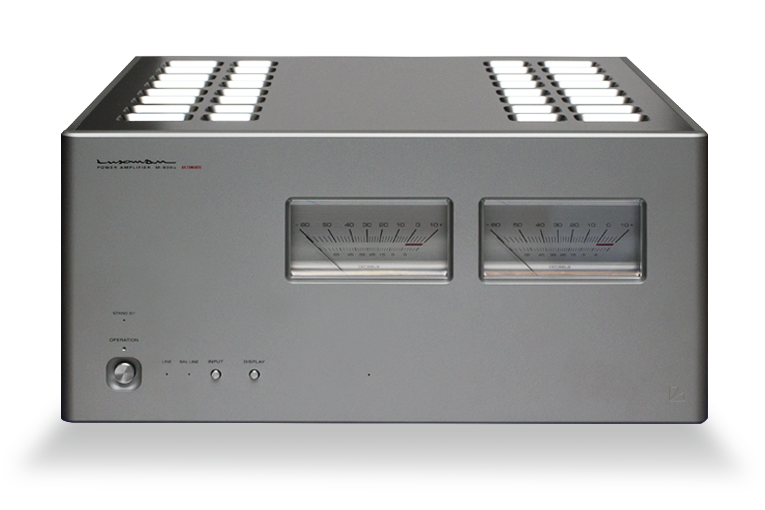 “In Leonard Cohen’s most recent studio album, Popular Problems (24/96 WAV, Columbia), his voice is closely miked with a lot of reverb added. Through the M-900u the sound was full, present, and bulbous, and enveloped the speaker end of my listening room -- a ‘wall of sound’ in which voices and instruments were delineated in space with laser-sight specificity. In contrast, when I slid the Hegel Music Systems H30 power amplifier ($15,000) into the same system, I heard similar presence from the Cohen album, but not nearly as much space. Ditto for the ‘depth’ behind Sade. But that’s not to slight the H30 -- no power amp has sounded as spacious in my room as did the M-900u -- even the Simaudio Moon Evolution 870A ($22,000), which is good in that regard.”

Nor did the M-900u’s spectacular spaciousness come at the expense of image specificity. From Doug’s review: “Sade Adu’s and Leonard Cohen’s voices hung tangibly at the center of their stages with amazing focus, fullness, and presence, but were also utterly distinct from the space and the musicians around them -- almost carved out in space. On my longtime test disc for soundstaging and imaging, Ennio Morricone’s score for the film The Mission (16/44.1 FLAC, Virgin), the chorus occupied a cavernous space larger than I’d ever heard before, but was also more sharply defined than I’d ever heard -- placements of individual voices in three-dimensional space were pinpoint accurate.” 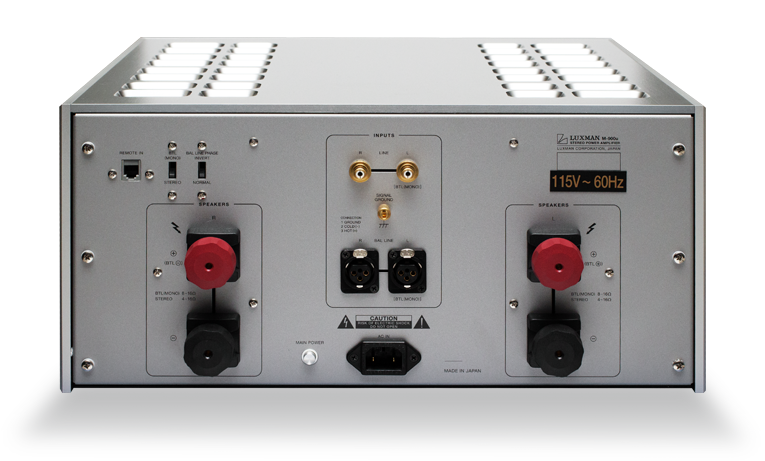 Doug found other characteristics of the M-900u’s sound worthy of note: “The Luxman’s tonal balance was magic to my ears, and a perfect match for the speakers I primarily used it with: Sonus Faber’s Olympica III and Revel’s Performa3 F206. From top to bottom, the M-900u was as neutral as you’d expect a topflight solid-state amp to sound, and without the clinical or sterile quality that plagues some solid-state gear. The bass was full and rich in a way that added heft, but was also tight, deep, and forceful; the midrange was wickedly detailed and transparent, with a smooth, silky quality akin to that of a great tube design, yet with none of the colorations normally associated with tubes; and the highs were airy beyond belief.”

Doug also found that even though the M-900u is specified to deliver only 150Wpc into 8 ohms (or 300Wpc into 4 ohms) -- a modest output for a modern solid-state power amplifier -- its performance was akin to that of amplifiers at least twice as powerful: “The ultra-low-frequency rumblings that occur throughout ‘Mining for Gold,’ from the Cowboy Junkies’ The Trinity Session (16/44.1 FLAC, RCA), were as deep and detailed as I’ve heard. In short, in terms of bass power and extension, I heard nothing missing from the M-900u’s sound, even in comparison with the Hegel H30 and the Simaudio 870A, whose respective continuous-power outputs into 8 ohms are 350 and 300Wpc. I suspect that the Luxman’s current capabilities, and perhaps its peak power delivery, are in the same vicinity as those of these apparently more powerful amps. But that’s just a guess.” 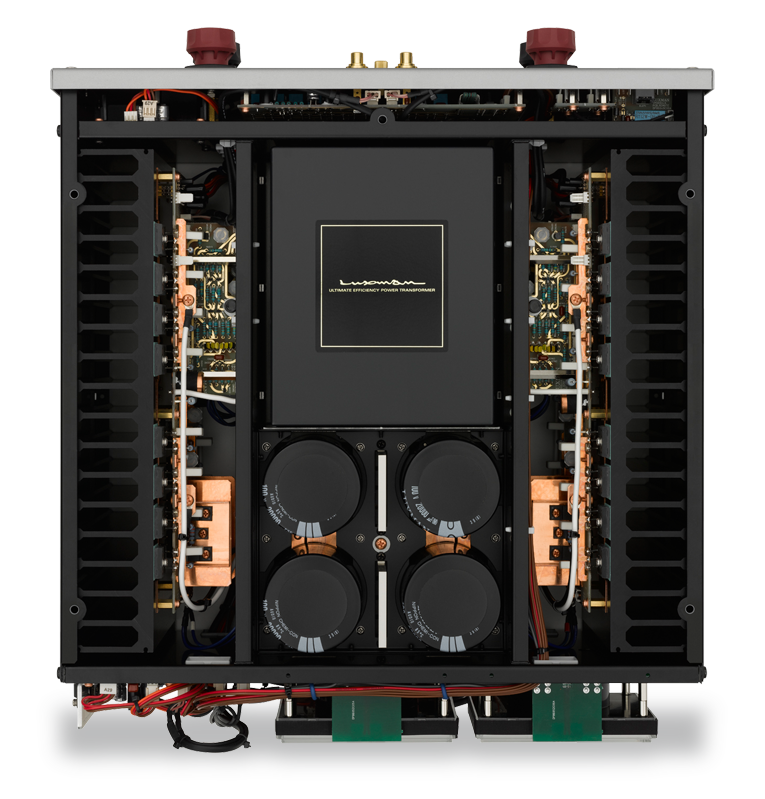 The M-900u’s power output was more than sufficient for Doug’s system, and probably for most listeners’. But in those rare instances where an M-900u won’t be powerful enough -- say, with very inefficient speakers that are also able to play extremely loud, and need hundreds of watts to do so -- a pair of them can be configured as monoblocks claimed to each deliver 600W into 8 ohms.

You can find higher power outputs at or even below the M-900u’s price, but you’d be hard-pressed to find something that betters its sound and build qualities for even twice as much. In that sense, the Luxman M-900u delivers reference-level sound and build quality at what can be considered very reasonable cost, and is why Doug concluded his review by declaring that “The M-900u is one of the best values in high-end amplifiers.” Nor is it any surprise that, this month, the M-900u enters our list of Recommended Reference Components, just as the C-900u did last December.