Ayre’s Alex Brinkman told Aron that the circuitry changes were mostly based on developments Ayre had made for their flagship preamplifier, the KX-R Twenty ($27,500). From the outside, the only thing distinguishing the KX-5 from the KX-5 Twenty is the gold “Twenty” badge on the right side of the faceplate. Aron thought the changes in circuitry were audible:

As I rambled through other tracks I’d listened to when reviewing the original KX-5, I noticed comparable levels of immediacy and dimensionality, and of variations in tonal density, particularly when listening to Randy Brecker’s trumpet in the opening minutes of “Your Latest Trick,” from Dire Straits’ Brothers in Arms (SACD/CD, Vertigo 9871498). The contrasts in scale and image focus, in the timing of decays and the rasp of Brecker’s trumpet before and after he moves up-front and center on the soundstage, were present to a level I’m accustomed to hearing only through much higher-priced gear, such as my Simaudio Moon Evolution P-8 preamplifier ($16,000, discontinued). As per the recording engineer’s intentions, Brecker’s trumpet was at first presented with exaggerated grandeur, lacking solidity and focus. As the track progressed and Brecker moved to the fore, the composition of his trumpet’s sound changed rapidly, as if focused by a high-speed aural lens, transformed once again into a dimensional, svelte-sounding horn with senses of immediacy, texture, and solidity so real I felt I could almost reach out and touch it.

Similarly, Bob Dylan’s harmonica in “Man in the Long Black Coat,” from his Oh Mercy (SACD/CD, Columbia 5123436), sounded massively dynamic, almost to the point of being too much of a good thing. Equally ear-grabbing was the speed and accuracy with which the transients of plucked bass- and electric-guitar strings were communicated. Reveling in the depths that Tony Hall’s bass guitar on this album demands from my Rockport Technologies Atria speakers, it was easy to forget that the KX-5 Twenty was even in the signal path. I could hear textural details and pitch fluctuations that most often get smoothed over by inferior electronics, and Hall’s unforgivingly low bassline, sustained during the opening seconds of this track, sounded flat-out visceral. I could spend this entire review trying to communicate all of the nuances I could hear through the KX-5 Twenty, but suffice it to say that listening to Hall’s bass against such a still background -- and, later, among other instruments -- reminded me just how much I love this hobby. This was real performance, and reminded me of something I said in my review of the KX-5: that it provided me “with a new benchmark with which to measure transparency in future reviews.”

The KX-5 Twenty raised that benchmark even higher, yet not entirely by sounding more transparent. It took me a while to put my finger on it, but what enabled the KX-5 Twenty to perform at such a high level was its ability to balance each of its attributes with all of the others, then present the music with levels of accuracy and refinement so satisfying that the music pulled at my heartstrings. Once I realized this, I began to understand how and why the KX-5 Twenty sounded so distinct and so special. 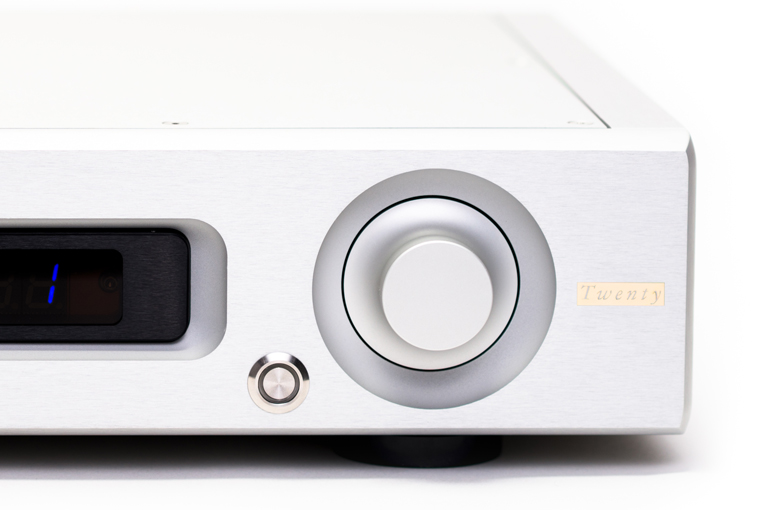 Those listening impressions told us that the KX-5 Twenty improves on the KX-5 in obvious ways. In fact, later in the review Aron made it clear that a fairer comparison was with his reference, Simaudio’s Moon Evolution P-8 preamplifier, which, as Aron says above, cost almost twice as much as the KX-5 Twenty when it was still available:

The KX-5 Twenty was a wisp quieter than the Moon Evolution P-8. It was also smoother, sounding more like an exceedingly refined tube than a solid-state preamp. The Moon P-8’s more vivid overall character at times allows it to sound a hint more dynamic and full than did the KX-5 Twenty, but no more resolved, refined, or articulate. It was in the lower frequencies that the gap widened a bit -- despite going toe-to-toe with the Simaudio in overall slam, tonal accuracy, and pitch definition, the Ayre lacked the last iota of textural detail and speed that the P-8 put forward.

But just before that, Aron had said:

What Ayre has achieved in the KX-5 Twenty is nothing short of remarkable. I have heard nothing else for under $10,000 that so convincingly closes the gap between solid-state and tube preamplification. After substituting my Simaudio Moon P-8 preamplifier for the properly broken in KX-5 Twenty, I was hard-pressed to tell them apart. This is a good thing -- it tells me that these two products are reaching the same goal: transparency. 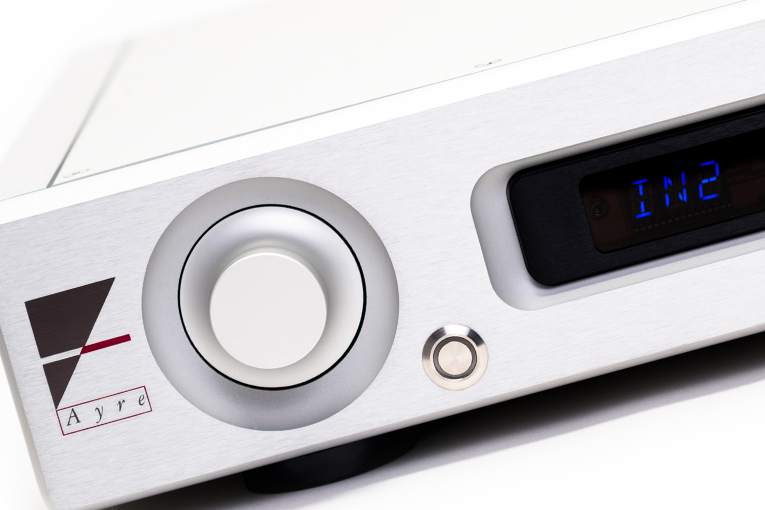 The levels of build quality, and the close attention paid to selection and implementation of parts and materials, have resulted in what I consider to be the industry benchmark in solid-state preamplification for less than $10,000. The KX-5 Twenty is not only the best preamplifier I have reviewed, it may be the best component of any type that I’ve reviewed.

Which is why the Ayre Acoustics KX-5 Twenty preamplifier is our latest  Recommended Reference Component.