In the past, the digital-to-analog converters from Hegel Music Systems that we’ve reviewed have represented great value for the money; however, none was considered unqualifiedly great. With the recent introduction of Hegel’s new flagship DAC, the HD30, which Doug Schneider reviewed on this site last month, that changed.

The HD30 costs $4800 USD -- almost twice as much as Hegel’s previous flagship, the HD25 ($2500), which remains in production. The full-size HD30 is also more than twice as big as the HD25, to make room for its much larger main circuit board, dual transformers, and other component parts. As with all Hegel products, the HD30’s styling is clean and devoid of front-panel clutter: other than the small logo at the upper middle and “HD30” at the lower right, there are only the Source and Volume controls, to either side of a blue-LED display. The rear panel is busier -- in addition to the main power switch, IEC power-cord inlet, and fuse holder, there are balanced and single-ended outputs and eight digital inputs: one each for Ethernet, RCA, BNC, AES/EBU, USB, plus three optical. 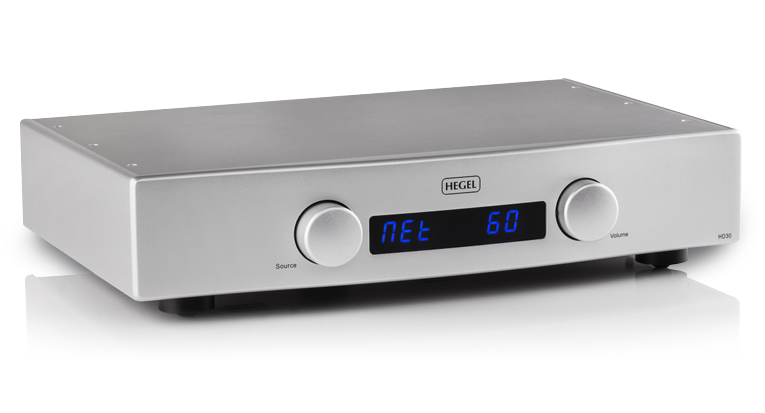 The HD30 supports Apple AirPlay and DLNA streaming via its Ethernet connector -- it’s Hegel’s only standalone DAC to offer these features. (Hegel’s H160 and H360 DAC-integrated amplifiers also offer AirPlay and DLNA.) AirPlay can stream PCM signals only up to 16-bit/44.1kHz resolution, an inherent limitation of the technology; however, DLNA can stream up to 24/192. The HD30’s RCA, BNC, AES/EBU, and optical connections also support up to 24/192; its USB input supports up to 24/192, as well as single- and double-rate DSD (providing the appropriate drivers are installed).

Doug began his listening with the soundtrack album for the film The Mission (Virgin) and Blue Rodeo’s Diamond Mine (WEA), which he first bought as CDs in 1987 and 1989, respectively, and has now ripped as 16/44.1 FLAC files. Both albums have long been staples of the list of reference recordings with which he evaluates audio components. Whether he listened to them through the HD30’s USB connection from his computer, or directly from network-attached storage via the Hegel’s DLNA input, Doug heard more detail, more presence, bigger soundstages, and stronger image specificity than through his reference Simaudio Moon Evolution 650D DAC-transport -- itself a champ at revealing detail and reproducing vast soundstages. (In 2012, when Doug reviewed the 650D, it cost $8000.) Doug summed up his experience of these albums through the Hegel: “[T]he HD30’s ability to reveal detail was as noteworthy as its ability to lay out a vast soundstage with high accuracy on that stage.”

However, Doug found that those weren’t the only things the HD30 was adept at:

The Hegel produced a very lively, spirited, and incisive sound that also sounded amazingly pure, entirely devoid of digital harshness, and of artifacts that could induce listening fatigue. It presented ultra-high-resolution digital sound -- and even 16/44.1 recordings -- without edge or brightness. For instance, at the 16-second mark of “Gabriel’s Oboe” [from The Mission], when the oboe enters, it’s accompanied by what sounds like a brashly metallic harpsichord far in the background. The latter sounded very prominent through the HD30 -- and, at the same time, cleaner, more detailed, and more listenable than I’d ever heard it. Van Morrison’s alto saxophone in “Spanish Steps,” from his Poetic Champions Compose (16/44.1 FLAC, Mercury), from 1987, soared with force from my speakers, sounding powerful, visceral, and highly present -- but still with the utmost clarity and refinement, and never sounding hard, edgy, or coarse, as I’ve heard it sound in the past. 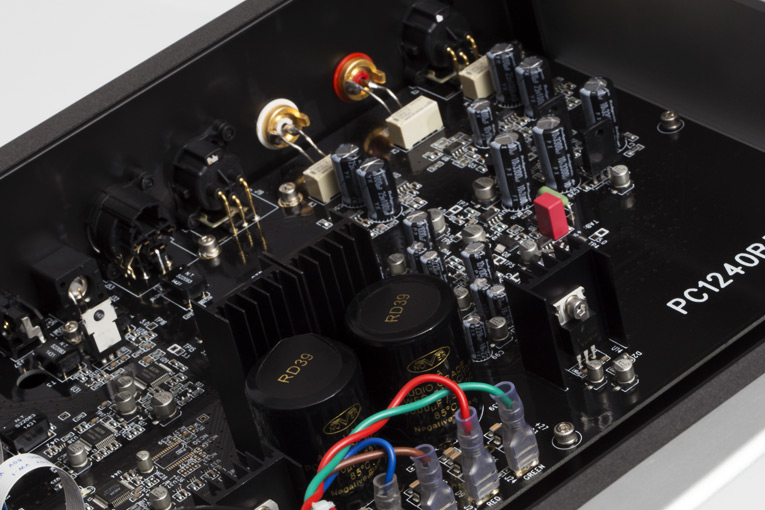 Doug then further compared the HD30 to the 650D, and to other DACs he knows well:

The Moon Evolution 650D has always sounded as clean as the HD30, but never with the Hegel’s liveliness and incisiveness -- the Simaudio always presented music in a slightly subdued, laid-back manner. That’s also how the original Ayre Acoustics QB-9 DAC ($2500, now replaced by the QB-9DSD at $3495) sounded when I had it here. Conversely, the Eximus DP1 ($2995 in 2011, now discontinued) was a very good 24/192-capable DAC with some preamp functionality and a headphone amp, and its sound had a power, punch, incisiveness, and liveliness that were similar to the HD30’s -- but without the refinement, cleanness, and purity that the Hegel consistently displayed, most noticeably in the highs. The HD30 got it all right, and compromised on nothing. 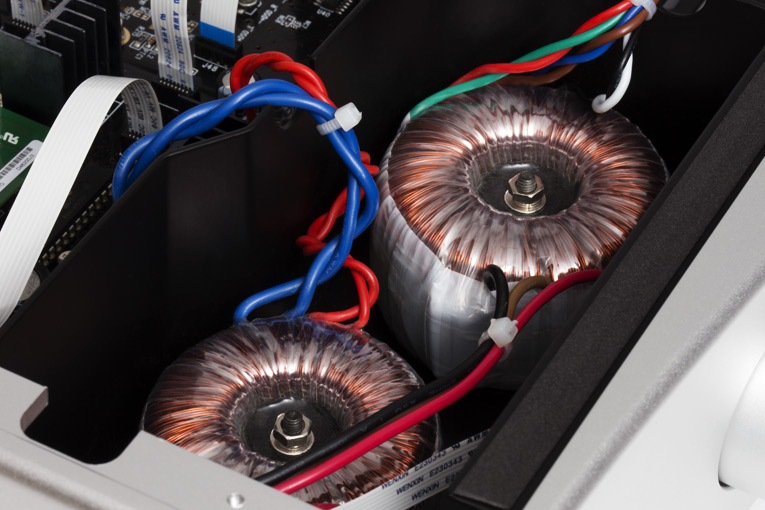 The Simaudio 650D, Ayre QB-9, and Eximus DP1 all received Reviewers’ Choice awards when our reviews of them were published. The 650D and QB-9 also made it onto our list of Recommended Reference Components. Hegel’s HD30 earned a Reviewers’ Choice award, and this month it, too, has been named a Recommended Reference Component. Doug’s closing statements sum up why: “The HD30’s big selling point is its sound -- and what a sound it is: Its world-class resolution, extreme clarity, and superb refinement let you listen very deeply into recordings, to hear precisely what the musicians and engineers laid down there. . . . To my ears, the HD30 is one of the best-sounding DACs you can buy today.”