My September 2018 editorial was titled “A Feature-Rich, Fully Modern Hi-Fi System You Can Begin, Live, and Grow With -- for $926.95.” Given the total system price mentioned in the title, I thought the piece might be popular. I had no idea. It was one of my most-read editorials in years, bettered only by some of my “Best Of” audio-show roundups. I got e-mails from around the world -- and requests from manufacturers who wanted to send me samples of their equipment, hoping to be included in the next such system I wrote about.

When that column’s sequel -- “Added to that $926.95 System: A $289 Turntable and $359.94 Worth of Speaker Footers?” -- appeared the following October and generated similar responses, I knew it was still only the beginning. I also knew there’d be too much material on this subject to squeeze into my monthly editorial, given all the other things I need to write about there.

So I’ve decided to spin off those first two editorials into an occasional column of their own: “System One.” The title means someone’s first system, or someone’s only system -- or something else, depending on what’s covered that month. What won’t change is the theme around which I wrote the first two pieces: cost-effective, high-performing equipment that many people can afford. 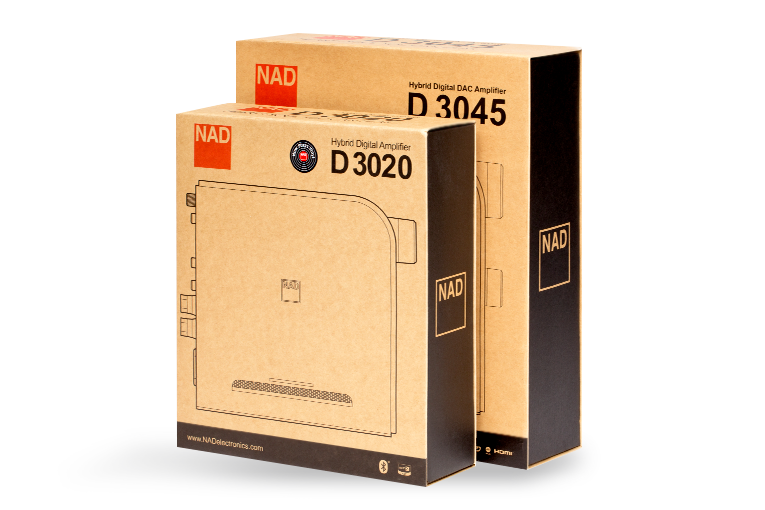 This month’s column -- the first published under the new “System One” heading -- is an examination of NAD’s new D 3045 integrated amplifier, which has made an important change in my original system. If you read last month’s column, you’ll know that I ran into a bit of trouble with NAD’s D 3020 V2 -- I’d found that its specified continuous output power of 30Wpc into 8 or 4 ohms was no longer enough. 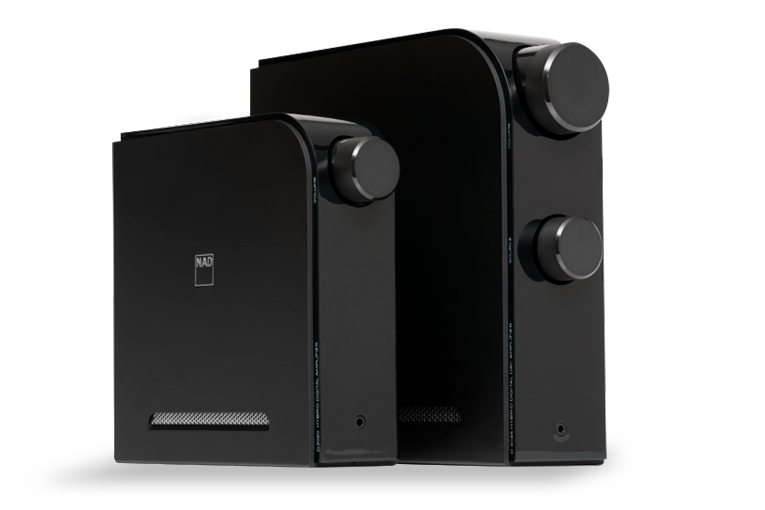 The D 3045’s connections add to or improve on the D 3020 V2’s. For example, both have the same moving-magnet phono stage; both have a single pair of RCA analog inputs for, say, a CD player or tuner; and both have a 1/8” headphone jack on the front. Both also have preamplifier and subwoofer outputs -- though the D 3045’s pre and sub outs are on sturdy RCA jacks, not 1/8” connectors like the D 3020 V2’s. The D 3045 adds a 1/8” analog input, for an iPod or the like, and a second TosLink input, to bring its digital inputs to a total of three, two TosLink and one RCA coaxial, compared to the D 3020 V2’s two: one each, TosLink and RCA coax.

More important, the D 3020 V2 has no USB input -- the D 3045’s single USB input supports PCM resolutions up to 24-bit/384kHz, as well as DSD. That USB input is a biggie -- in my first article, I wrote about adding a Chromecast Audio device, because it was the best way for me to get digital signals into the D 3020 V2 via its TosLink input. I now use the Chromecast Audio puck with the D 3045, but having a USB input as well gives me another connection option, one more versatile in terms of the types and resolutions of file it can receive. The D 3045 also supports the Master Quality Authenticated (MQA) file format through all digital inputs. I streamed MQA files from Tidal through the Chromecast Audio puck and into the TosLink input, which the D 3045 decoded properly. 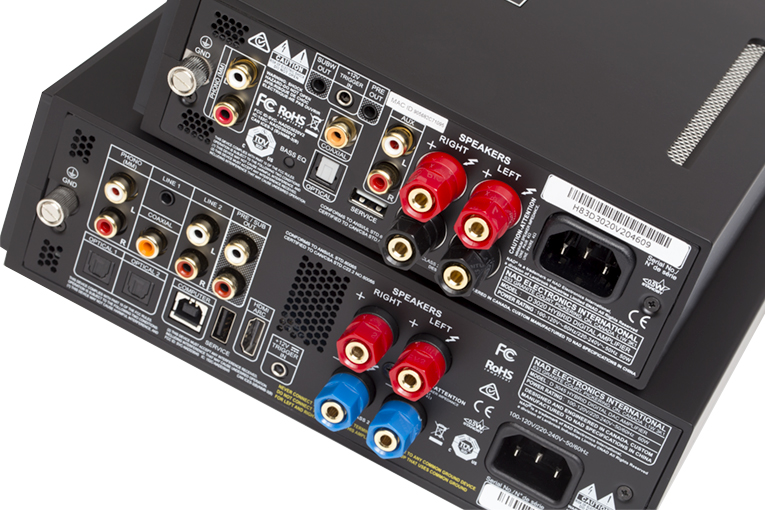 The D 3045 also adds an HDMI (ARC) input; I don’t think audiophiles will much care about this, but it will come in handy if you connect your system to your TV -- the TV remote’s volume control will then be able to control the D 3045 through the HDMI connection. But audiophiles will probably appreciate the D 3045’s upgrade to support two-way Bluetooth aptX HD, compared to plain ol’ aptX in the D 3020 V2. The data rate with aptX HD is 576kbps vs. 352kbps for standard aptX -- a 63% increase. Two-way Bluetooth aptX HD means that the D 3045 can not only receive higher-quality streams from Bluetooth devices equipped with aptX HD, it will also send Bluetooth signals to a properly enabled playback device such as a pair of headphones, for late-night listening when everyone else is asleep.

The D 3045 measures 9.3”W x 2.75”H x 10.4”D, vs. the D 3020 V2’s somewhat smaller 7.3”W x 2.3”H x 8.6”D -- but neither model can be called big or obtrusive, and at 7.9 pounds, the D 3045 is pretty light for an integrated amp. Plus, like the D 3020 V2, it can be laid on its side or stood on end, which makes it easy to find a place for. It uses the same remote control as the D 3020 V2, and works pretty much the same overall. But the D 3045’s addition of a front-panel screen is useful -- it displays info vertically when the D 3045 is stood on end, then automatically flips to horizontal orientation when the amp is laid on its side. Another welcome addition is the source-selector knob. With the D 3020 V2, sources could be selected using the remote handset or a touch-sensitive button on the top panel -- but a source knob just seems more intuitive. 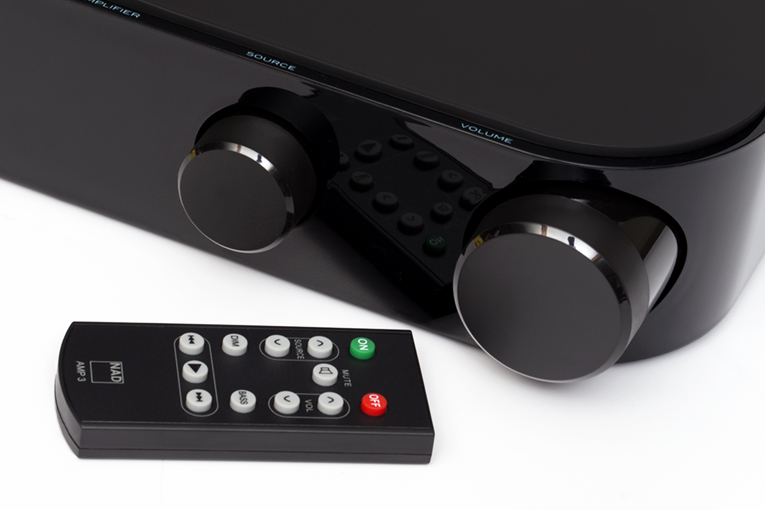 All told, in terms of looks, size, or features, I couldn’t ask for anything more in the D 3045. It’s as if NAD listened to all the feedback they got about the D 3020 and the D 3020 V2, and addressed every shortcoming mentioned. Great job.

New speakers from a new amp?

Although the D 3045’s new feature set is significant, for me the biggest benefit is the power output from the D 3045’s class-D power-amp section. The change from 30Wpc to 60Wpc shouldn’t have amounted to a hill of beans -- no surprise to those who know that every doubling of power results in a volume increase of only 3dB from the speakers. That difference in SPL is only just noticeable, even if achieving it requires substantial upsizing of an amplifier’s power supply, output transistors, etc. Nonetheless, the differences I heard were dramatic -- far more than just being able to play music louder.

The night before I unboxed the D 3045, the D 3020 V2 was still in my system, hooked up to the Paradigm Monitor SE Atom speakers ($300/pair) I wrote about in my first two columns. When fellow writer Philip Beaudette came over, wanting to hear the system he’d been reading about, I played him some tracks. He agreed that it sounded really good -- then said, “What more would most people ask for?”

Knowing that Philip is a Neil Young fan, I played “Rockin’ in the Free World,” from Young’s Freedom (16/44.1 FLAC, Reprise/Tidal), at fairly high volume. He grimaced. “Oh.”

That “Oh” signaled Philip’s recognition that the D 3020 V2 was running out of steam -- not actually clipping, but sounding flat, congested, and lacking in dynamics, and the bass had become a shapeless lump. Not very impressive. 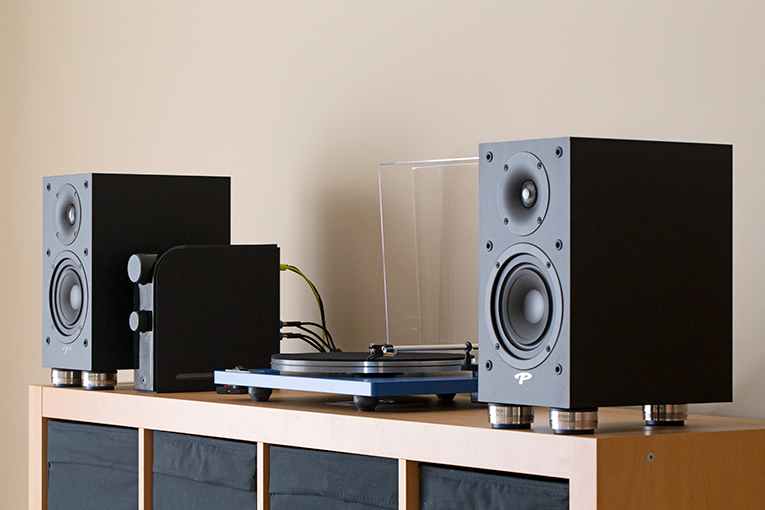 The next morning, I unboxed the D 3045, swapped out the D 3020 V2, and put on the same track. I got a jolt as if I’d been shocked with 500V. “Rockin’ in the Free World” now thundered with dynamics that simply hadn’t been there the day before. Chad Cromwell’s bass drum hit like a punch in the stomach, the entire audioband was reproduced with much more clarity -- and I could turn it up louder. It was as if I were hearing a different pair of speakers.

Surprised that the D 3045 could make such an improvement to the sound, I played other tracks and albums from Tidal that I’d recently heard through the previous system. They all sounded considerably better. Even Joan Baez’s Whistle Down the Wind (16/44.1 FLAC, Concord/Tidal), played at low volume levels, sounded much more dynamic, clearer, and with a greater sense of envelopment and space. St. Vincent’s all-acoustic MassEducation (16/44.1 FLAC, Loma Vista/Tidal) was reproduced with a robustness and fullness that the D 3020 V2 never mustered, even when used within its power limits. Nowhere was this more obvious than with my favorite track from that album, “Los Ageless,” in which the focus is on the grand, weighty sound of St. Vincent’s piano -- it now sounded much more present in my room, and her beautiful voice took a big step up in palpability and authenticity. 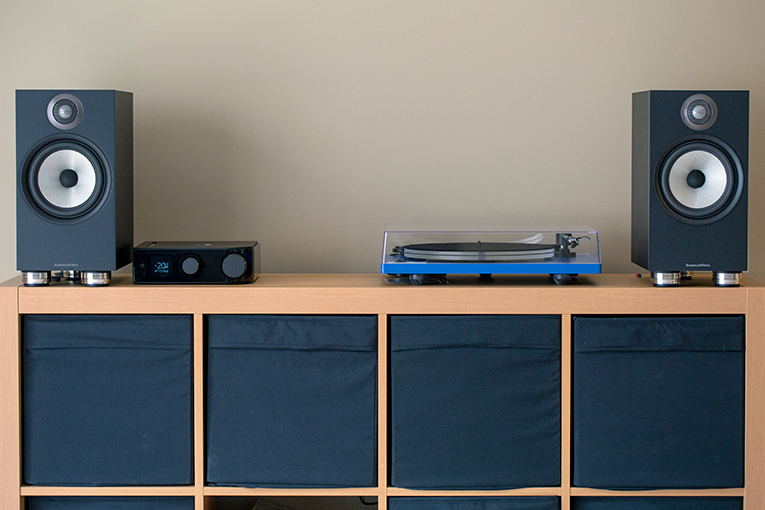 So good was the sound of the D 3045 that I tried it with speaker after speaker: first, Bowers & Wilkins’s 606 minimonitor ($800/pair), which Diego Estan reviewed for SoundStage! Access; then, Totem Acoustic’s Sky Tower floorstander ($2250/pair), which Philip Beaudette reviewed last month on this site; and finally, Revel’s Performa3 M126 minimonitor ($4000), which Philip Beaudette will review for this site in early 2019. All of these speakers are far more expensive than Paradigm’s Monitor SE Atom, and cost more than the NAD D 3045 itself. Yet in each case the sound was nothing short of superb -- even with the Revels, which most people would pair with an amp costing thousands, not hundreds. 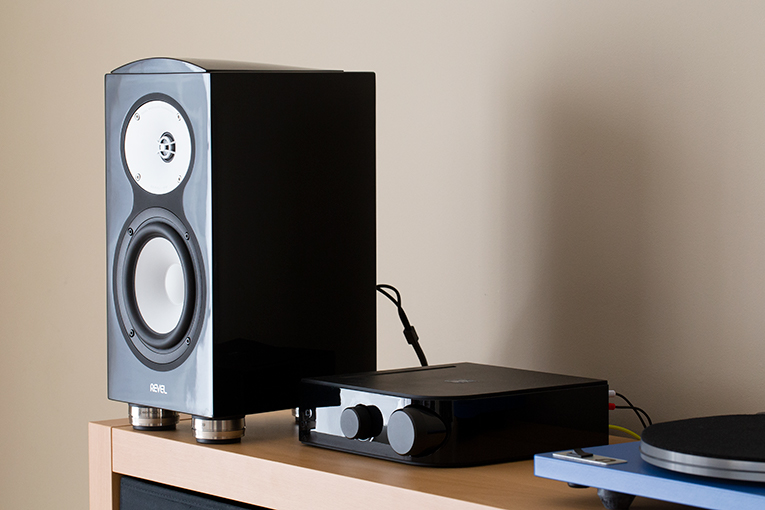 I have to think that, from the D 3020 V2 to the D 3045, more inside has changed than the power output alone. If I had to guess, the D 3045’s entire power supply is probably far more robust, to better handle speaker loads and exercise firmer control over the drivers regardless of volume, to create the kind of improvements in sound quality I heard. They weren’t subtle.

The answer will depend on which speakers you’re talking about -- after all, there are plenty of lousy $300/pair speakers out there. But Paradigm’s Monitor SE Atom isn’t one of them -- it’s really good for that price. Another good one appears to be the Q Acoustics 3020i, which Roger Kanno has just finished reviewing (we’ll publish his review soon on SoundStage! Access ). Roger says that the Q sounds incredible for $300/pair, a conclusion I hope to confirm -- his review samples are scheduled to arrive here soon to be measured and photographed. When they do, I’ll stick them in this system and maybe have more to say about it next time.

There’s something else: expandability. Remember, the D 3020 V2 was becoming a limiting factor in the original system I set up, and I was getting ready to replace it with something better. When I stuck in the D 3045, used it to drive speakers priced upward of $4000/pair, and wasn’t disappointed in the slightest, I quickly figured out that, in terms of power and sound, the D 3045 will probably not be an impediment to my system-building exercise for a long time to come. And its feature set is the icing on the cake. Anyone assembling a system that they want to keep for a while will be wise to build in some future-proofing.