Following the fairly conclusive evidence in February at the Tonbridge Audiojumble in the UK that reel-to-reel tape is back with a clearly definable cult, my mind started wandering toward the renewed attention being paid to cassettes. As I mentioned last month, there’s a tangible glimmer of activity on the cassette front. However, unlike open-reel, which always was and always will be elitist / exclusive / expensive, cassette has its own intrinsic justification: it was a mass-market format. 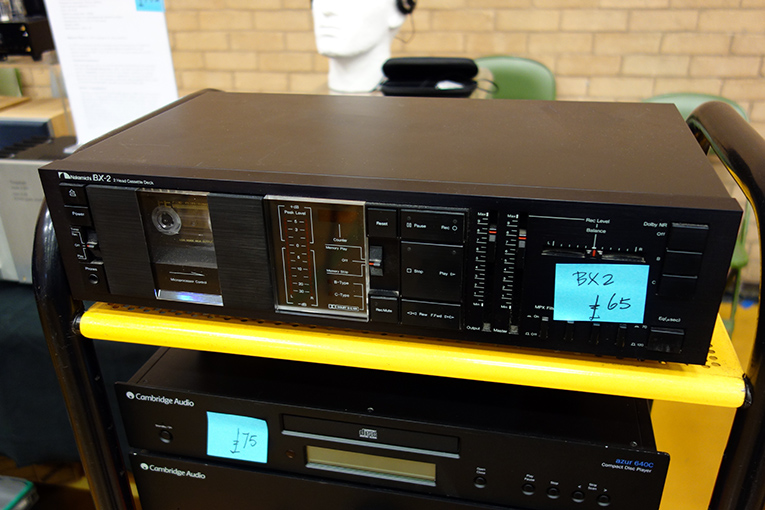 Cassettes always were (to use a maligned, misused term) “populist” by nature. By virtue of their healthy sales volumes back in the day, thanks to pocket-money prices and unparalleled convenience, cassette revivalists might be able to turn those features into grounds for some real impact, if strictly at niche levels. Hell, it’s serious enough for Hi-Fi News, my main writing outlet, to have run a massive feature on it in its April issue. And that magazine is resolutely a high-end voice.

As revelations go, it was enough to silence those of us who remember cassettes for what they were, a condition ignored by those who value retro-chic or novelty value above performance. Whatever your neighbourhood grunge fan or hipster cares to believe, music cassettes, despite being a cost-effective, handy means of recording music, were and remain -- how do I put this? -- utter shit. On every level where quality matters. 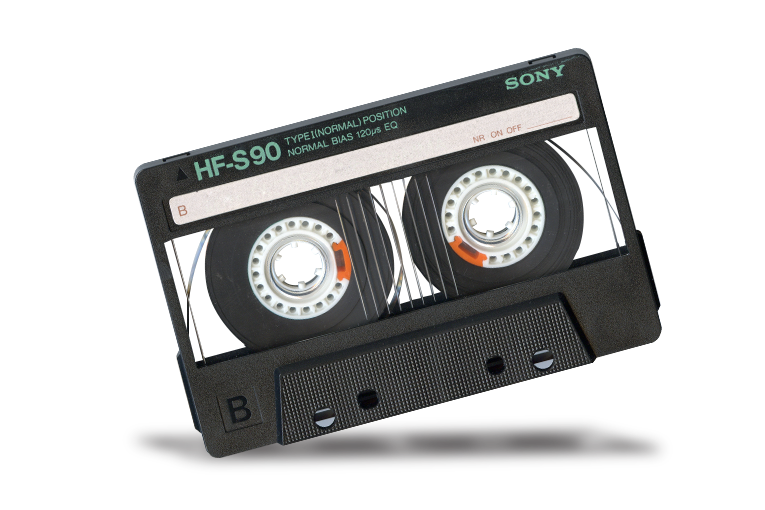 They were, like VHS tapes, fundamentally, inherently, physically weak, technically flawed, cursed with built-in obsolescence, and severely limited in ultimate performance. The very best playback I ever heard via cassette involved real-time copies, on premium blank tapes with prices higher than commercial pre-recorded tapes, through costly machines from Revox, Tandberg, Sony, TASCAM, or Nakamichi. And even then, the sound was barely acceptable by true high-end standards. Revival or not, cassettes certainly do not share reel-to-reel’s justification for rebirth on purely sonic grounds.

But that is to be too negative, and I have always maintained a stance of horses for courses: I neither want nor expect my in-car system to sound like $250k worth of Audio Research / Wilson / SME / D’Agostino / whatever gear, in part because in-car is not where I expect to drift off into musical reverie. Neither do I expect my in-flight musical experience to rival a state-of-the-art system on terra firma. Lastly, I am neither slacker, millennial, nor Gen-Xer -- reason enough to face my dotage with the contentment of one who is not part of a generation that considers tattoos and chlamydia as “normal.” 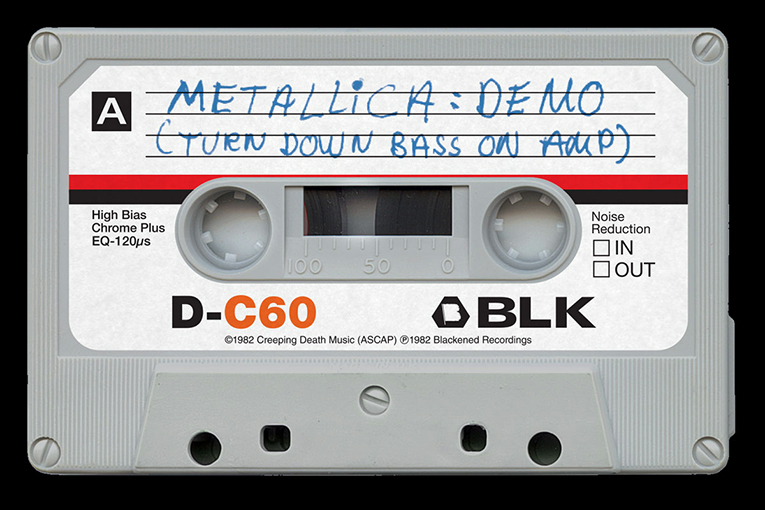 Thus, one needs to place the possible return of the cassette in context. Its roots are in Record Store Day, and it has thus charmed a number of bands with fans who enjoy oddities like limited-edition cassettes precisely for their Whole Earth Catalogue dialectic. Among the established acts, Eminem, Metallica, and Deacon Blue support the format for special items, alongside new or less-famous performers such as the Sleaford Mods, All Them Witches, and Lee Scott, while indie labels including Rough Trade and Dream have used the format for compilations.

Never one to miss a marketing opportunity is Paul McCartney (and I am less than impressed by him charging circa $200 for the four-CD Flowers In the Dirt, like he needs the money). In mid-March, because I’m on a lot of Beatles-related mailing lists, I received this missive -- reproduced here with its punctuation corrected -- that supports the validity of the cassette in 2017:

On April 22nd, Paul will celebrate Record Store Day with a limited-edition, three-song cassette of Flowers In The Dirt demos. The cassette will include 'I Don’t Want To Confess,' 'Shallow Grave,' and 'Mistress and Maid,' available in the same form as when Paul and Elvis Costello first cut them directly to tape. 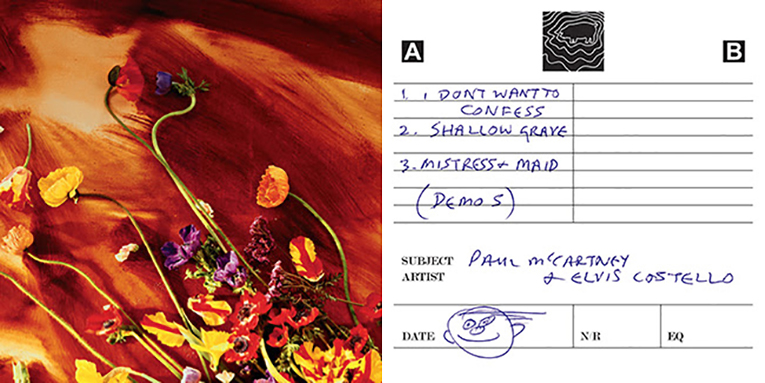 Others have packaged their 21st-century cassettes in retro-styled packaging, facsimiles of what cassettes looked like in the peak years of the late 1980s. Probably the biggest boost to cassette sales on a global-consciousness level is the massive success of Guardians of the Galaxy, in which music cassettes and a Walkman played a key role. 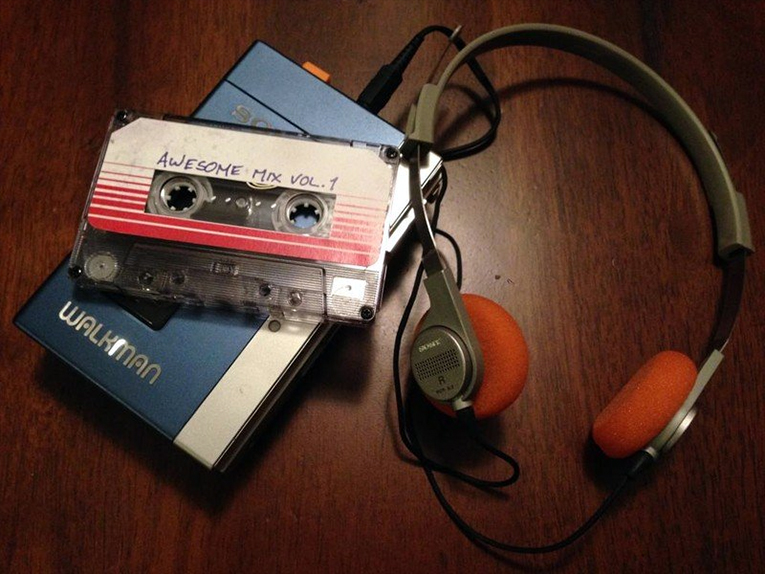 One nice modern development, however, is deliciously ironic when you consider that CD-Rs in the mid-1990s, and then downloads to SD cards or other storage media, completely obviated any need whatsoever for cassettes, signing the format’s death warrant. As do many new LPs, some new pre-recorded cassettes are supplied with download codes, described by Mike Barnes in Hi-Fi News as “insurance in case the tape gets chewed up.”

In case? How about when?